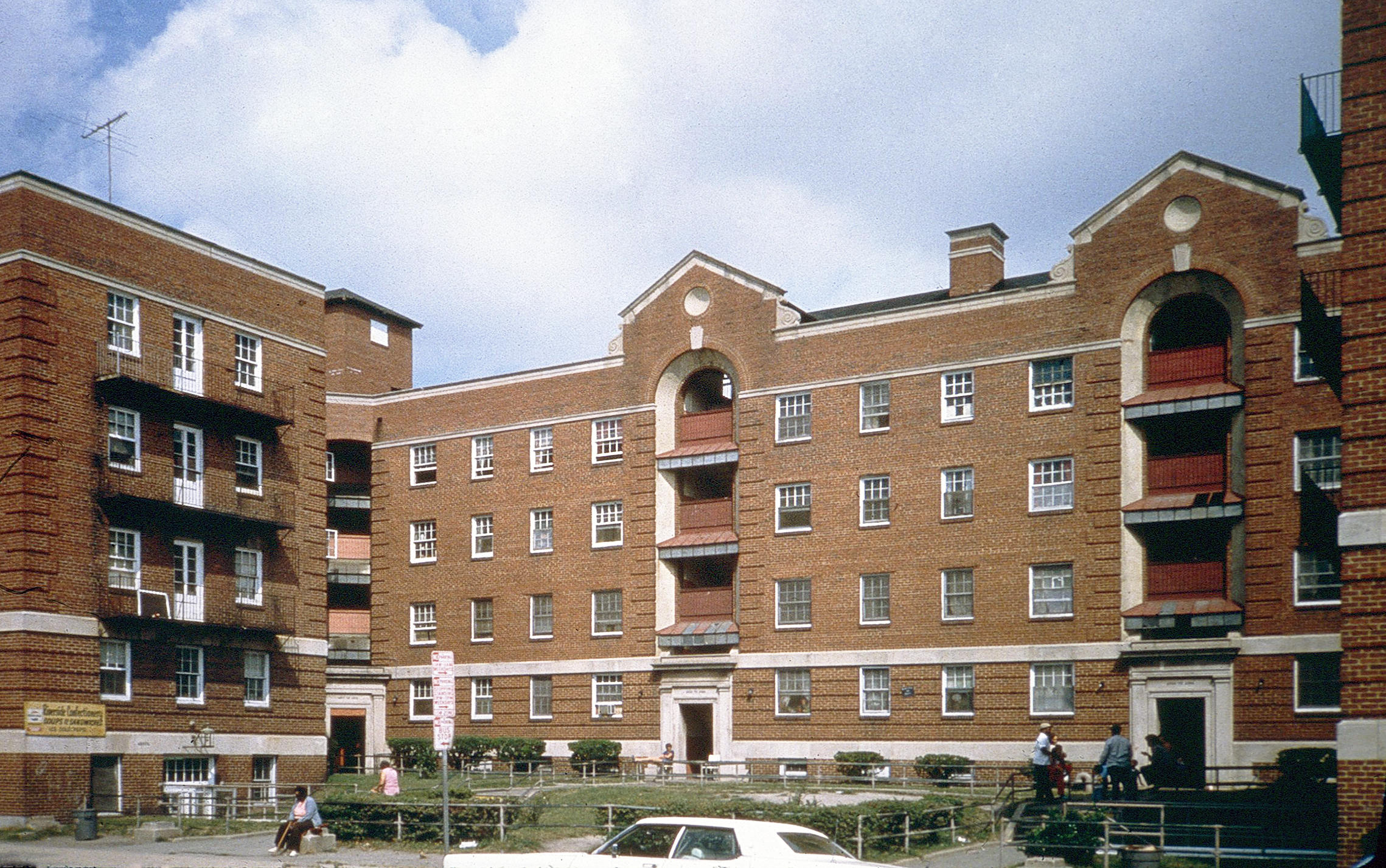 The Riverside Apartments were begun in 1918 by the Emergency Fleet Corporation, an agency of the U.S. Shipping Board, to alleviate the housing shortage created by the great increase of workers at the Newport News Shipbuilding and Dry Dock Co. during World War I. The project architect was Francis Y. Joannes, who also designed the houses for Hilton Village nearby. Consisting originally of four blocks, each employing the New York City open-stair tenement form, the apartments incorporated the very latest in construction techniques and fittings for fire safety, light, ventilation, health, and convenience. The complex, with its easy accessibility to the shipyard and the Newport News city center, filled an important need in America’s war production effort. Two of the original four apartment blocks have been demolished. The remaining two have been renovated by private developers for upgraded urban housing.