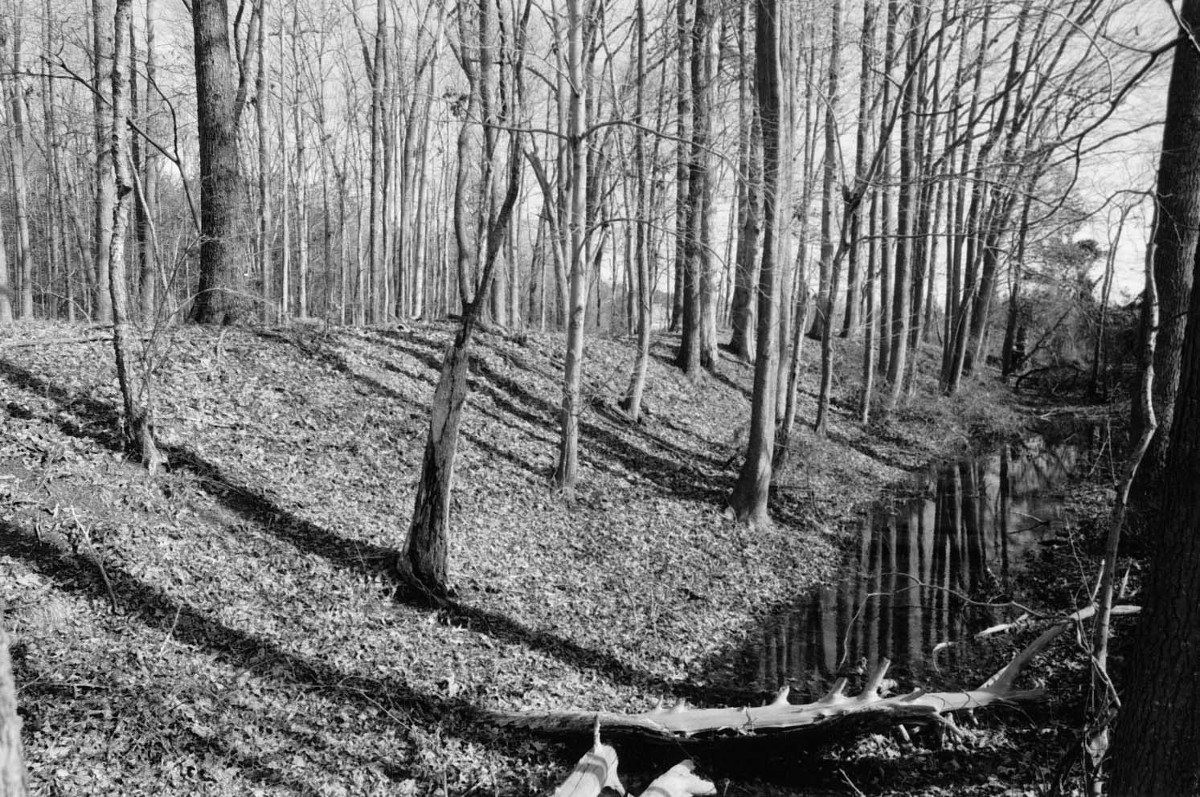 The Oakland Farm sites include three significant and distinct archaeological sites within a tract of land now being developed as the Oakland Industrial Park. Surviving intact are the archaeological remains of prehistoric occupation dating to the Early to Middle Woodland periods. Historic sites are the Queen Hith plantation complex, occupied by the Harwood family from the 1630s until after the Revolutionary War, and a Confederate earthwork, the eastern terminus of a band of fortifications constructed by Maj. Gen. John Bankhead Magruder prior to the 1862 Peninsula Campaign. The fortification is a massive square earthen redoubt measuring 220 by 220 feet. Thomas Harwood, who patented the property in 1632, named it Queen Hith; hith is an Old English word for river landing. The sites are preserved by the city of Newport News.