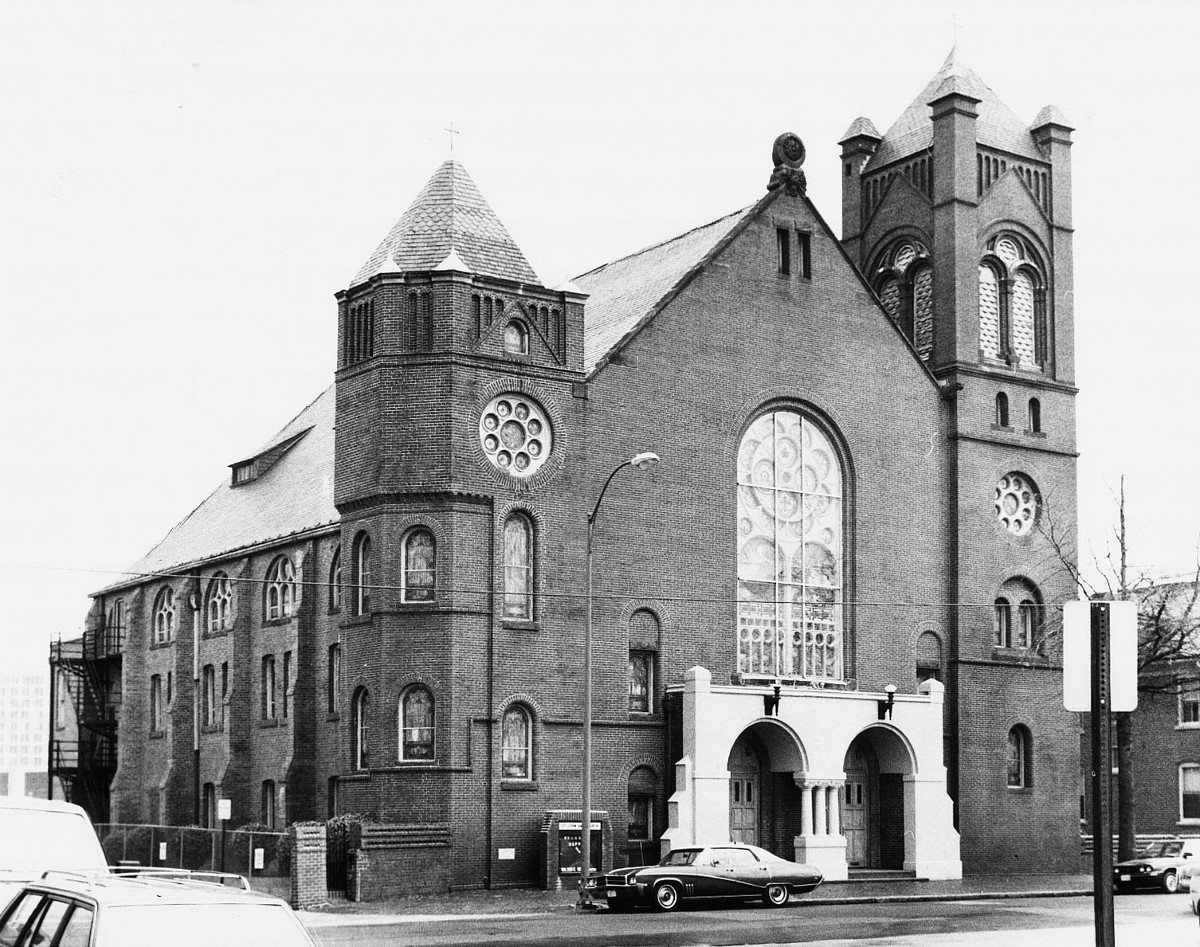 The completion of St. John’s A.M.E. Church in 1888 symbolized the beginning of a period of ascendancy for Norfolk’s African American congregations. The church was the first of a series of architecturally assertive black churches to adorn the city. Its architect, Charles M. Cassell, was one of the most respected Norfolk architects of the period. Cassell’s design is a red brick interpretation of the Romanesque Revival style popularized by architect H.H. Richardson. Lending awe to the interior are an enormous stained-glass window and a complex hammer-beam ceiling. The congregation began in 1840 as a mission for slaves. It obtained its independence in 1863 during the Union occupation and joined the A.M.E. denomination in 1864. Five bishops were consecrated here in 1908 during the Twenty-Third Quadrennial Session of the A.M.E. Church.