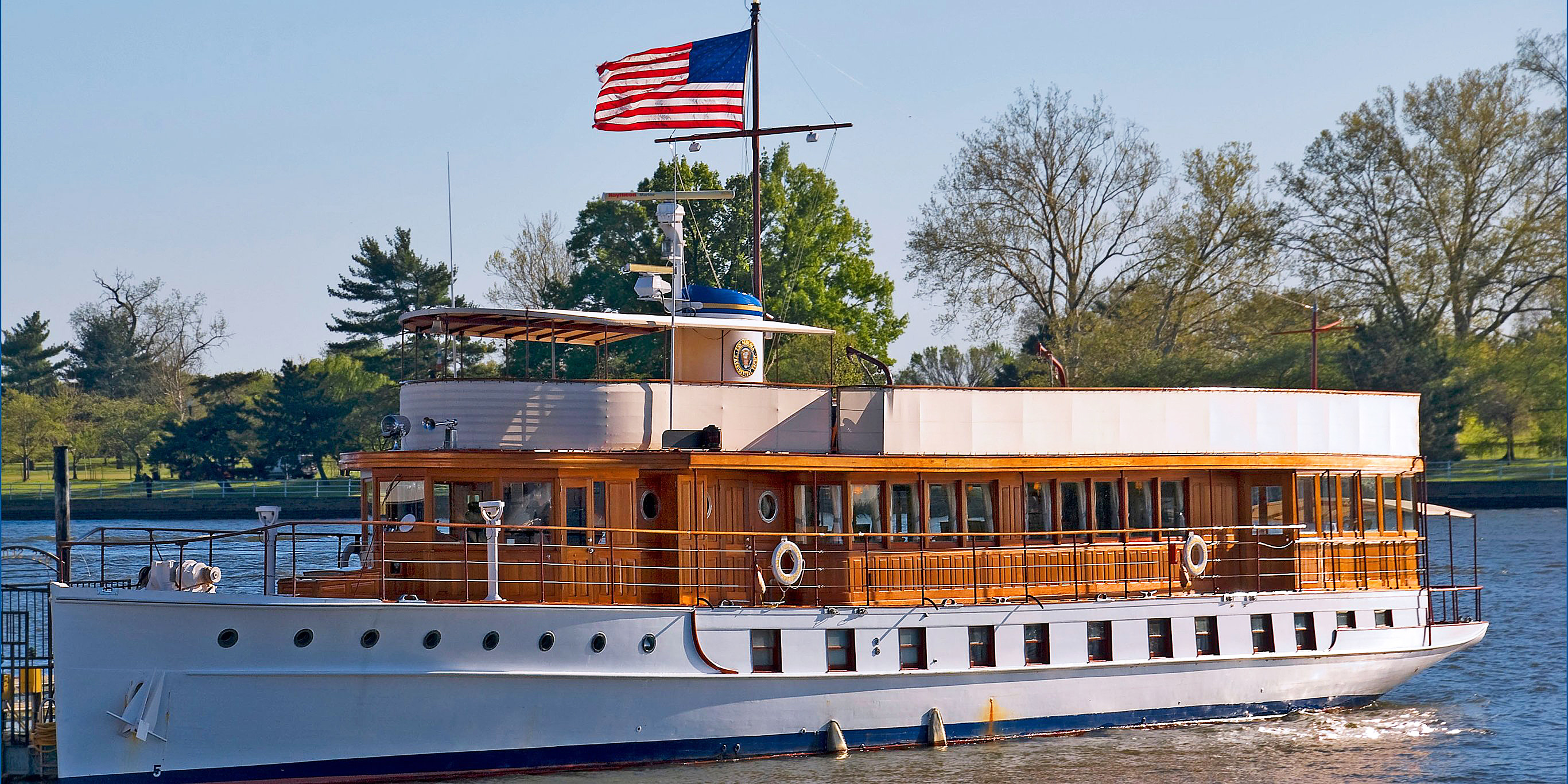 The former presidential yacht Sequoia, one of four surviving presidential yachts, was used by nine U. S. presidents: Herbert C. Hoover, Franklin Delano Roosevelt, Harry Truman, Dwight D. Elsenhower, John F. Kennedy, Lyndon B. Johnson, Richard M. Nixon, Gerald R. Ford, and Jimmy Carter between 1931 and 1977. As a floating symbol of the office of the president of the United States, and as the setting for social, recreational, and official activities of nine presidents, Sequoia is of exceptional national significance. Sequoia was designed by noted yacht designer John Trumpy and built by the Mathis Yacht Building Company of Camden, New Jersey, in 1925.