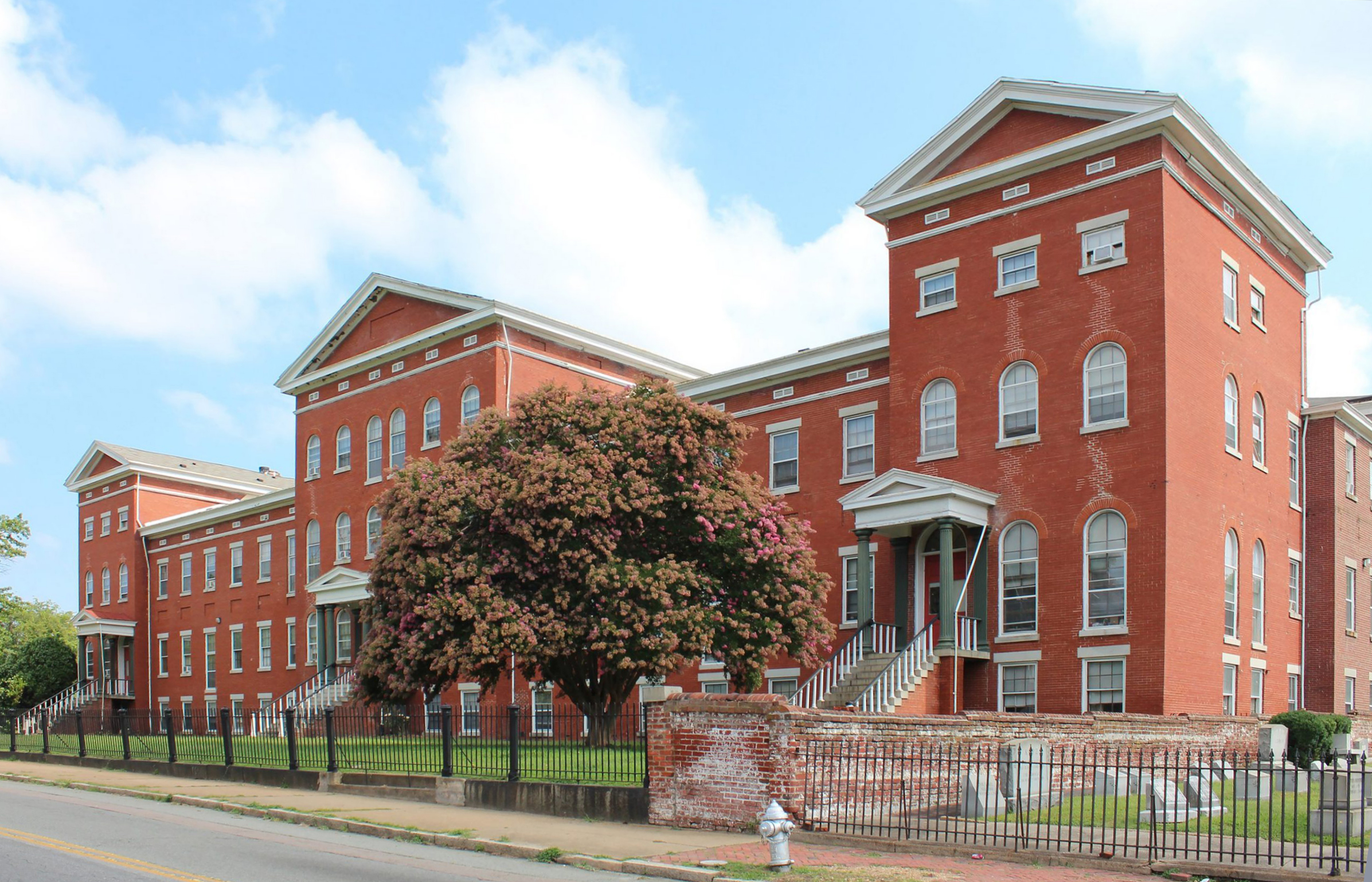 Built in 1860-61 as a place of refuge for the city’s poor, the Richmond Almshouse is an impressive monument to the reform movement that originated in the antebellum period. Designed by Richmond city engineer Washington Gill, the Italianate structure replaced an older poorhouse built before 1810. Gill gave the new building a striking outline by using three pedimented pavilions. The Almshouse served during the Civil War as the first major hospital of the Confederacy and later as a temporary home for the Virginia Military Institute. The institutional use of the Almshouse eventually ceased, and the building was sold by the city for private development. It was renovated in 1984-85 to house apartments for low-income elderly residents. Included on the property is the 1908 west building, erected to house the city’s indigent blacks and also renovated for housing the elderly.

A 1989 boundary increase included the West Building, historically associated with the other three buildings on The Almshouse property. The main portion of the West Building appears to date from 1908. Its function was that of a charity hospital for African American residents of Richmond.
[VLR Listed: 5/15/1989; NRHP Listed: 6/13/1990]

The Almshouse is the most imposing Italianate building in the city of Richmond. The Almshouse property today contains four contributing buildings: the Almshouse Building (1860-1861), the Garage (c.1899-1905), the West Building (c.1908-1929), and the Administration Building (1926-1928), and one noncontributing building, the Boiler Room (1946). In 2020, the National Register nomination for The Almshouse was updated to clarify the period of significance of those five buildings within the previously delineated historic boundaries.
[NRHP Accepted: 5/15/2020]