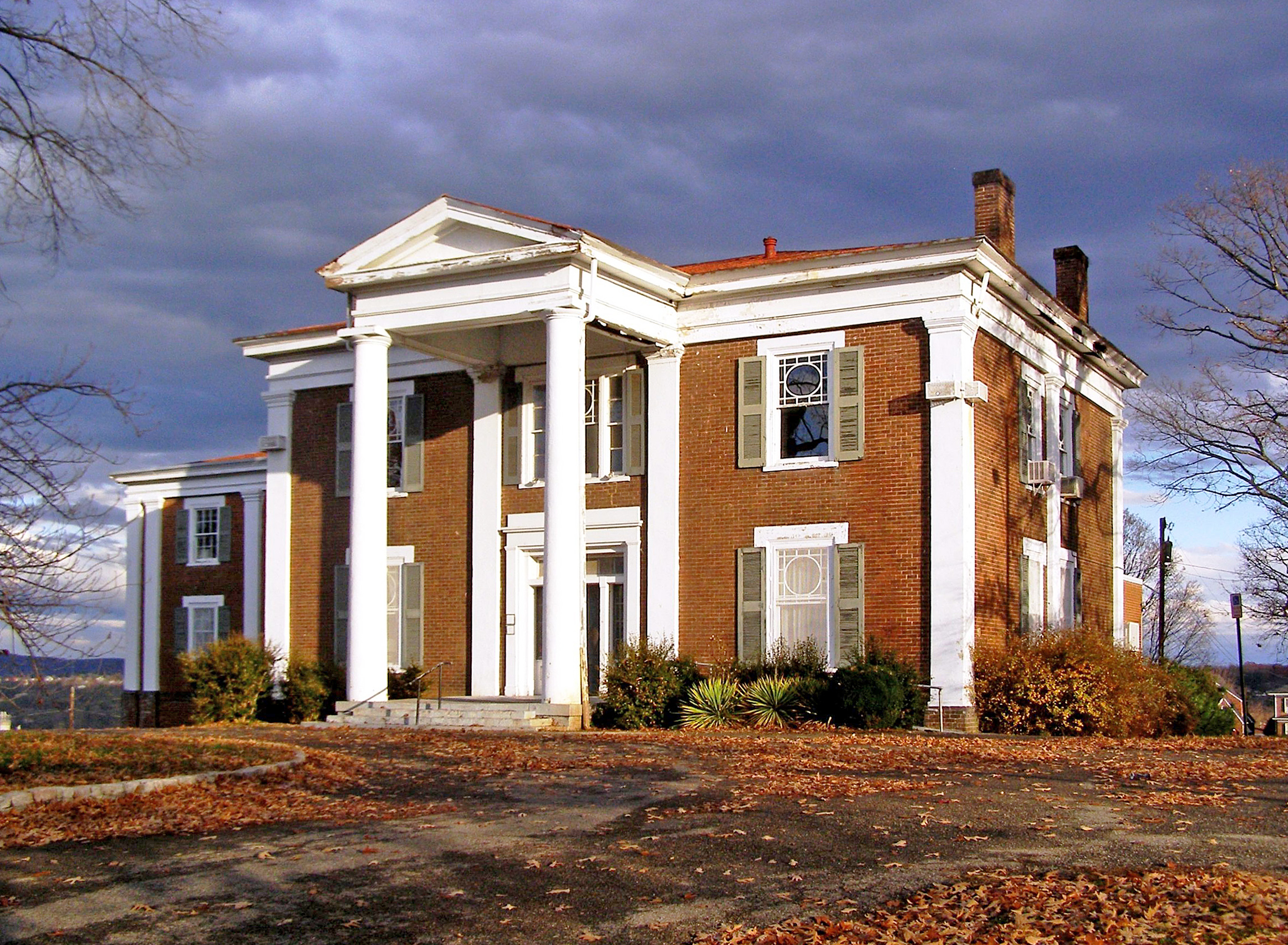 Buena Vista was built in 1850 for George Plater Tayloe (1804-1897) who was born at Mount Airy, the Tayloe plantation in Richmond County. He moved to the Roanoke Valley after his marriage in 1830 and managed two iron furnaces. He later became a benefactor of Hollins College and a delegate to the Virginia Secession Convention of 1861. Tayloe’s home typifies the region’s bold though somewhat provincial Greek Revival works, which are characterized by simple, white architectural elements against red brick walls. A visitor in 1862 described Buena Vista as a “spacious peace-embowered house . . . With the summer breezes stealing around its white pillars and swaying its muslin curtains.” Buena Vista remained in the Tayloe family until 1937 when it was sold to the city of Roanoke for a park.