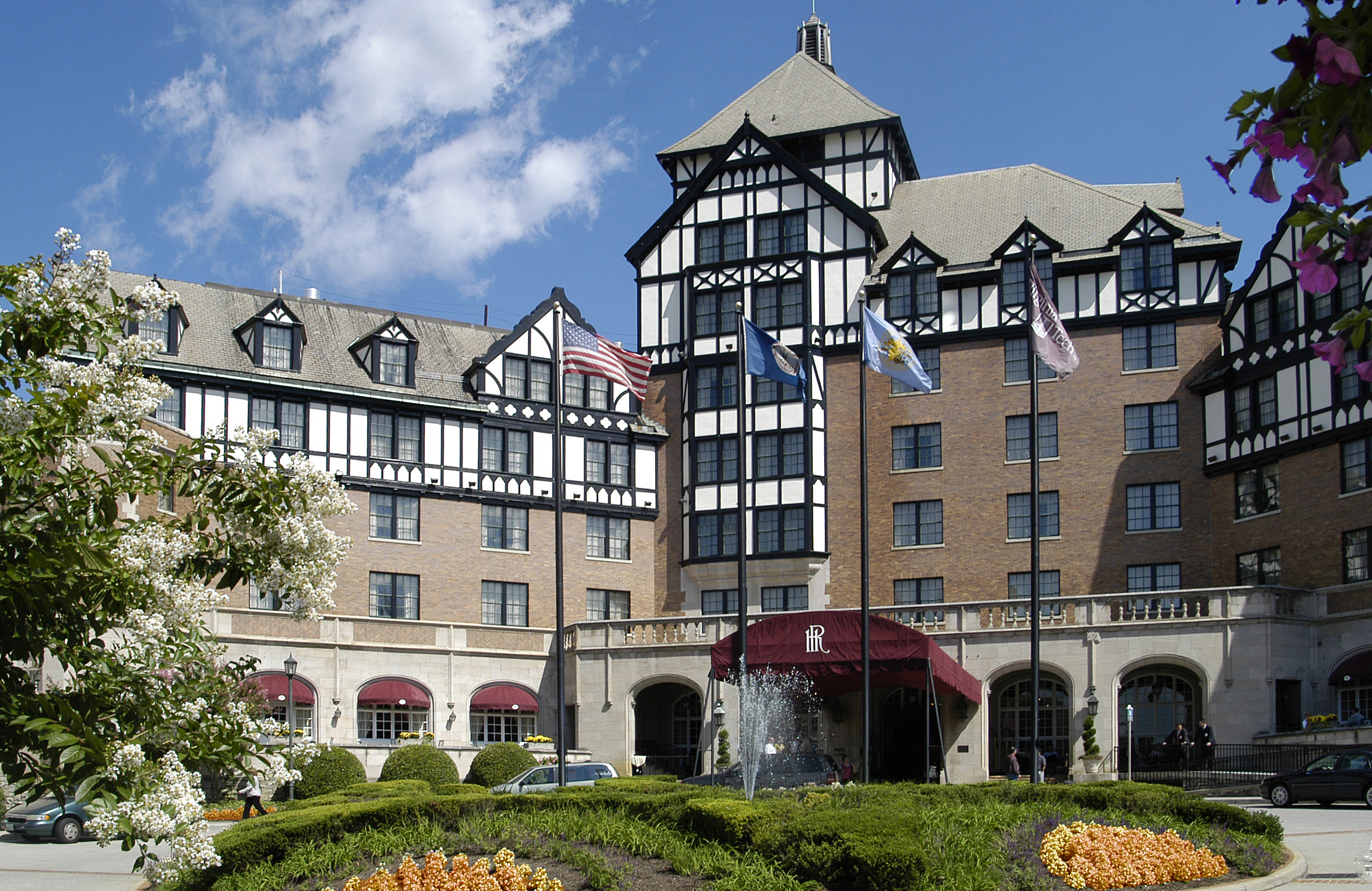 One of Virginia’s preeminent landmarks, Hotel Roanoke is in the tradition of the great American hotels. On a hill dominating the city’s downtown, the sprawling half-timbered Tudor Revival structure stands on the site of the original hotel erected in 1882 by the Norfolk and Western Railway, the same year the company established its headquarters in Roanoke. The present building, though architecturally unified, has had a complicated evolution. The dominant portion dates from 1938 (main wing pictured above) and was designed by Knut W. Lind, a hotel specialist and partner in the New York firm of George B. Post & Sons. Attached are wings dating from 1931, 1946, and 1954. The original hotel, rebuilt in 1899 following a fire, was demolished for the present structure. The hotel closed in 1989 and was donated to Virginia Tech. Following extensive restoration and the addition of a large conference center, the hotel reopened in 1995.