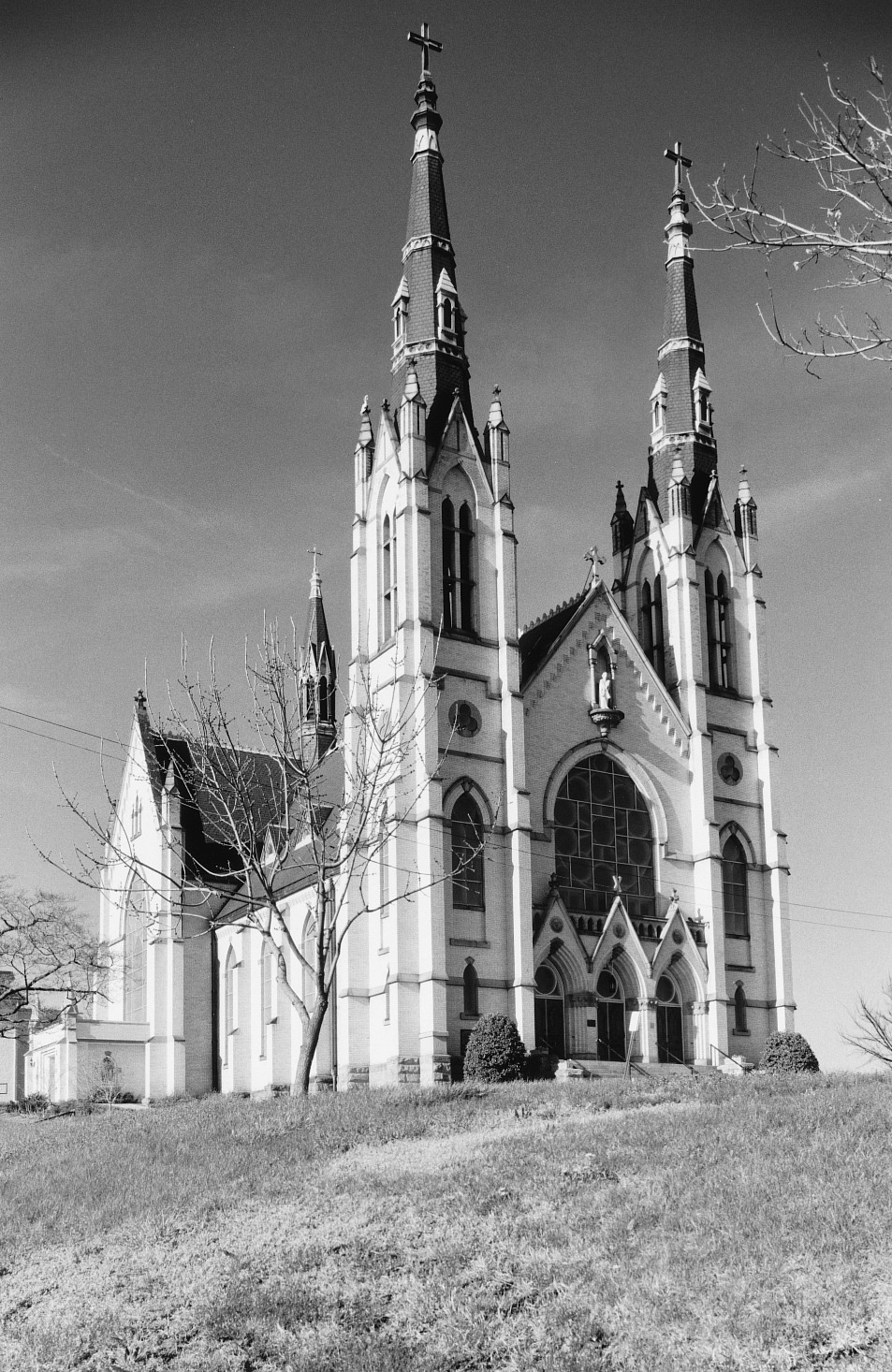 Overlooking downtown Roanoke, St. Andrew’s Church is one of Virginia’s foremost examples of the High Victorian Gothic, a style known for its architectural richness and historical association. With its twin spires, rounded apse, and gabled transepts, the composition follows basically French precedents. A departure from tradition is the use of the modern yellow pressed bricks, which give the building a striking golden hue. Its construction was due largely to the efforts of Father John Lynch, who organized Roanoke’s Roman Catholic community, then composed primarily of recently arrived railroad workers. Lynch said his first mass in the area in 1882 in a passenger coach. The congregation grew rapidly, and the church, designed by William P. Ginther of Akron Ohio, was completed in 1902. Its interior, embellished with vaulting, carving, stenciling, and stained glass, is a dazzling expression of late Victorian Catholic art.