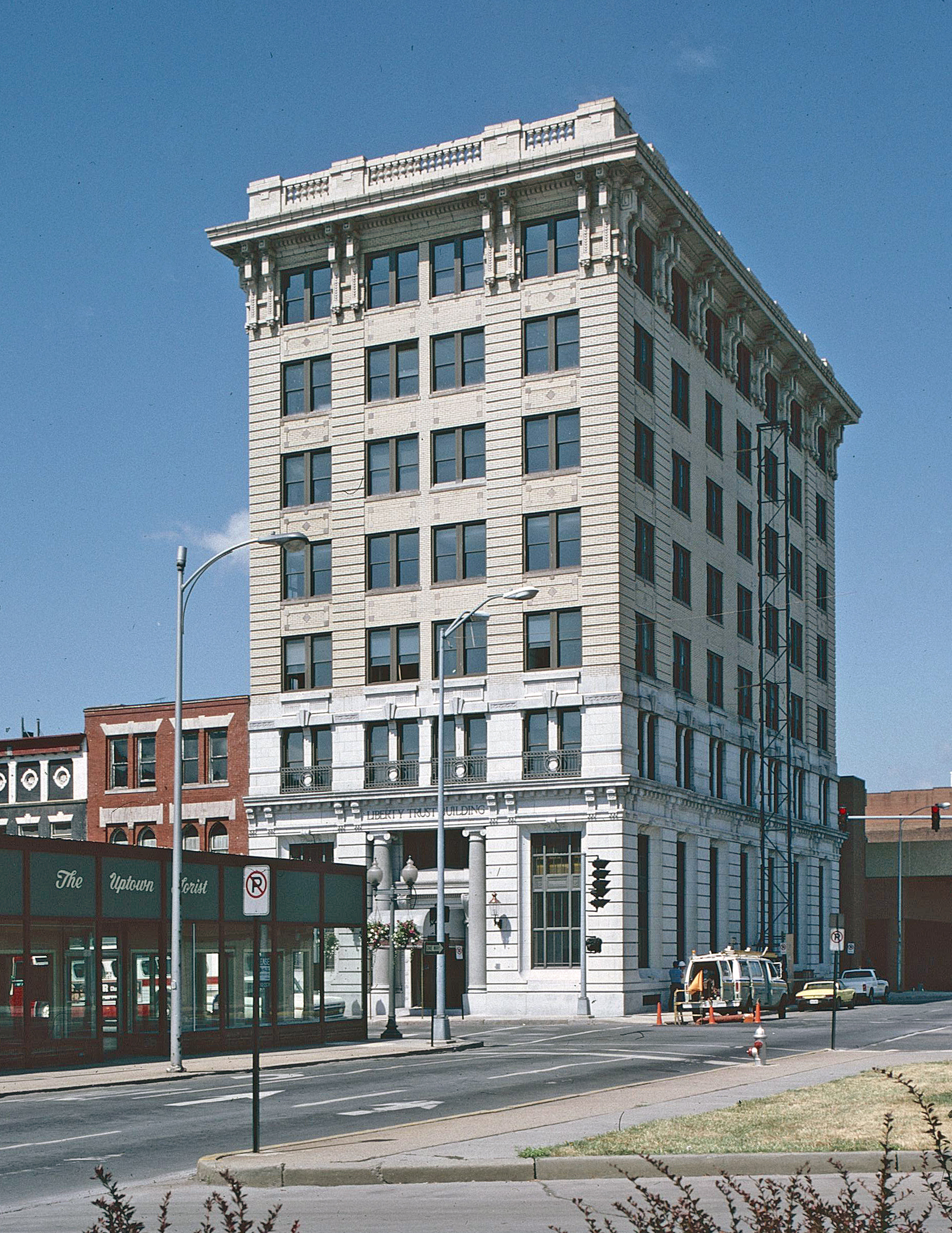 Roanoke’s former First National Bank, erected in 1901, is the work of architect J. Kevan Peebles of Norfolk. Combining the most modern concepts of bank and office design with Renaissance detailing, the building demonstrates Peebles’s practical training as an engineer as well as his mastery of the repertoire of revivalist styles. The First National Bank occupied the building until 1926 when it was sold to the Liberty Trust Company. In 1953 it was purchased by the People’s Federal Savings and Loan Company, and in 1981 the building was bought by MFW Associates, who renovated it for office use, preserving the columned banking hall. Although no longer serving its original function, the building remains one of the state’s best-preserved Progressive-era bank buildings and is a reminder Roanoke’s historic position as a banking center.  The First National Bank building contributes to the Roanoke Downtown Historic District.