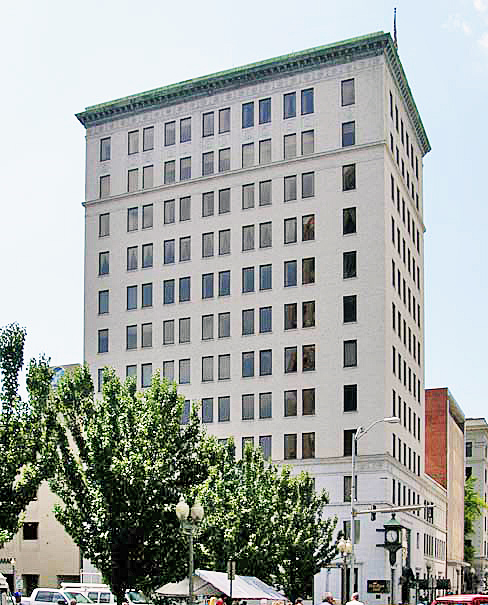 The Colonial National Bank was erected in 1926-27, and was an important element of the development of the city of Roanoke as a banking hub of Southwest Virginia. Twelve stories high, with granite ashlar on the first three stories and gray-enamel brick and terra-cotta decoration above, the steel-frame building was designed by the local firm of Frye and Stone. With its lean ornamentation and functional aspect, it represents the transition from the Neoclassical style to modernism. Downtown Roanoke‘s tallest building for fifty years, the Colonial National was one of Virginia’s first skyscrapers. The bank’s successor sold the building in 1981 but continued to occupy the banking hall. The upper floors were remodeled for office rental, and late in the 20th century the edifice was renamed the Colonial Arms Building.