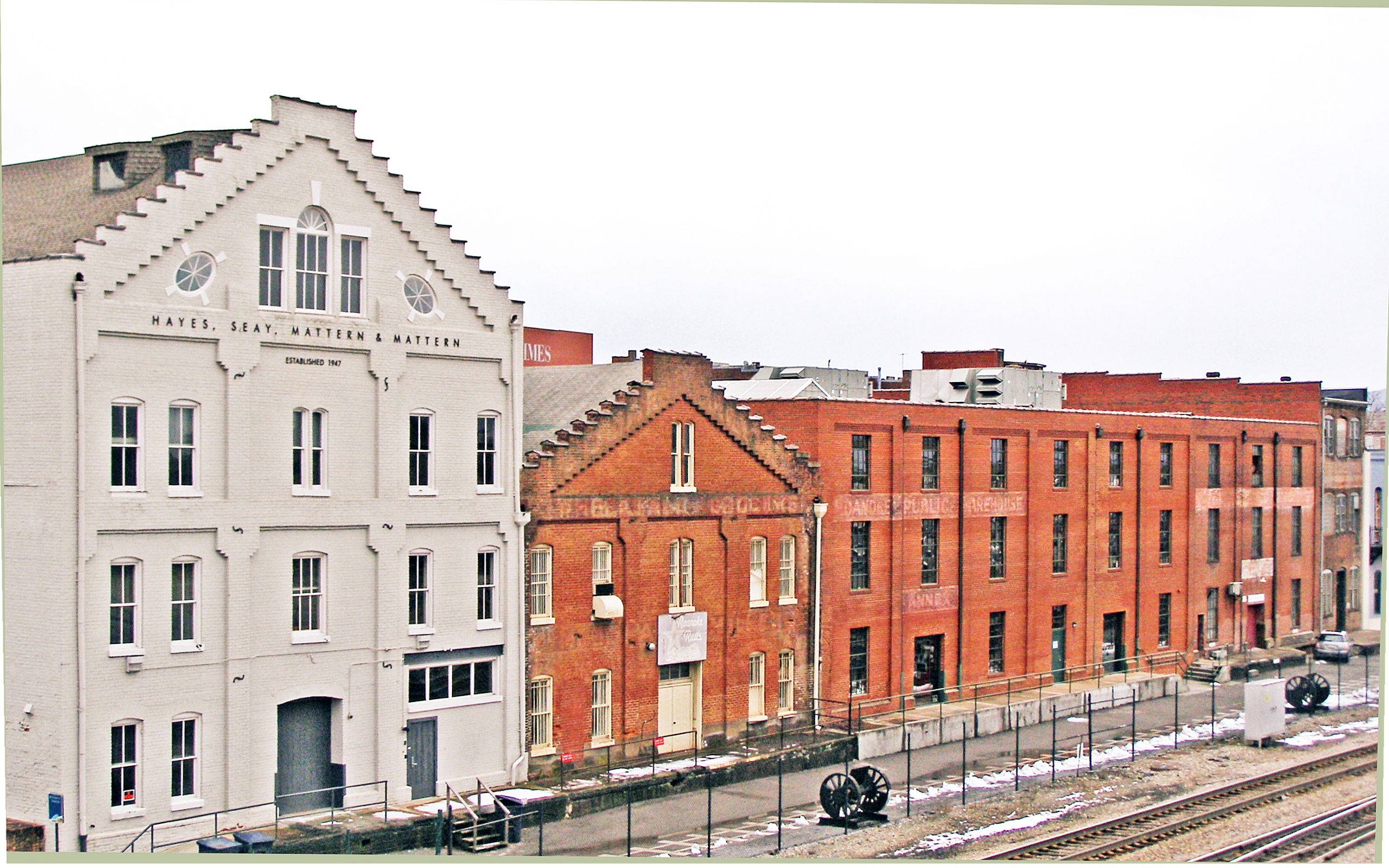 The Roanoke Warehouse Historic District, also known as Wholesale Row, consists of a block of five warehouses between Norfolk Avenue, S.W. and the railroad tracks, all erected between 1889 and 1902 for the storage of wholesale food in transit. Closely identified with Roanoke’s emergence at the turn of the century as the wholesale capital of Southwest Virginia, the district’s buildings exemplify the functional tradition of early industrial warehouse design. The brick structures have powerful rectangular lines, rows of deep-set segmental-arched windows, and iron door and window moldings. Their structural systems incorporate post-and-beam timber supports and cast tie-rods. Structural systems are also expressed by the framing of the bays with brick piers. Two of the warehouses have a conspicuous outline with their stepped-gabled roofs, giving them a north European flavor.