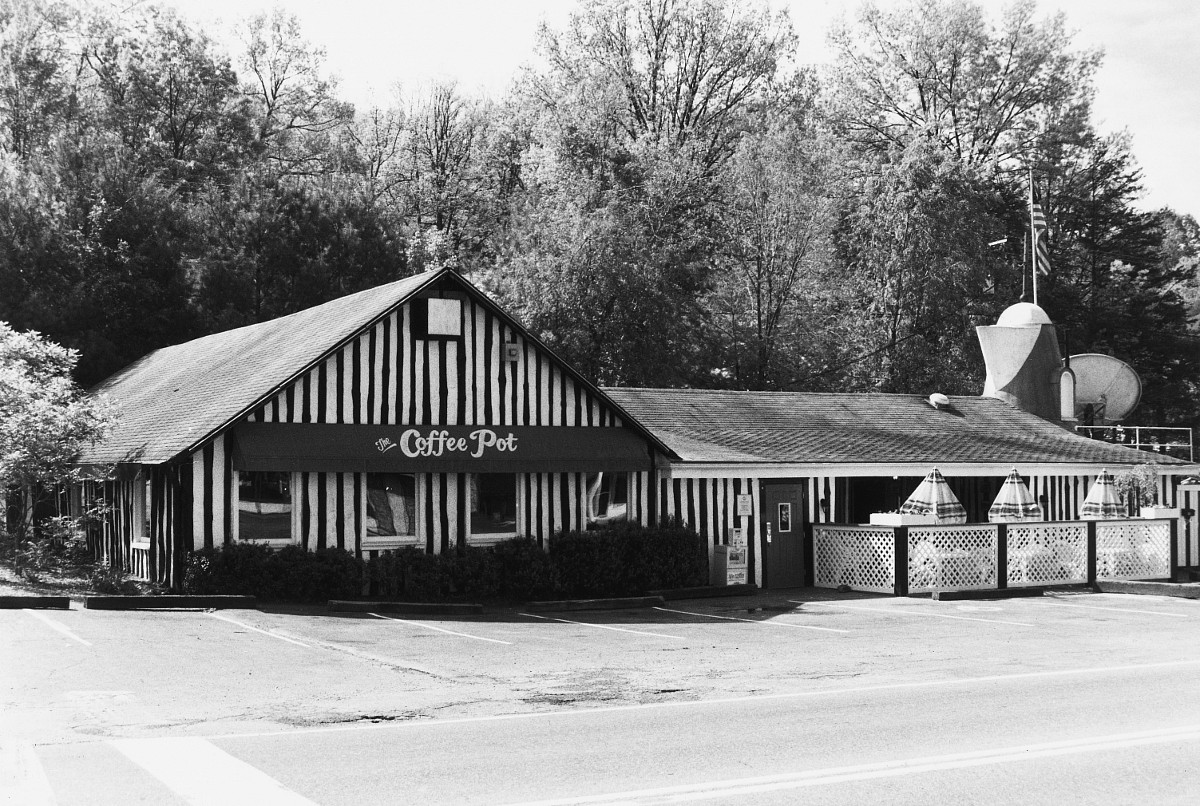 An example of the architecture of roadside popular culture, sometimes referred to as “mimetic” architecture, The Coffee Pot, built in 1936, was clearly designed to attract the attention of the passing motorist. The gimmick feature of the building is the large coffee pot structure which originally had steam emanating from its spout. Such three-dimensional signs signaled the function of the place, making them amusing, unforgettable landmarks. Ironically, though it sported a coffee pot, the building originally was designed as a tea house and filling station. The basic architectural character is the rustic style popularized by National Park Service facilities, here employing unhewn vertical logs. The coffee pot itself is a masonry-formed structure. Eventually becoming a popular roadhouse where locals and travelers alike congregated for dancing and beer drinking, The Coffee Pot continues as an entertainment venue.