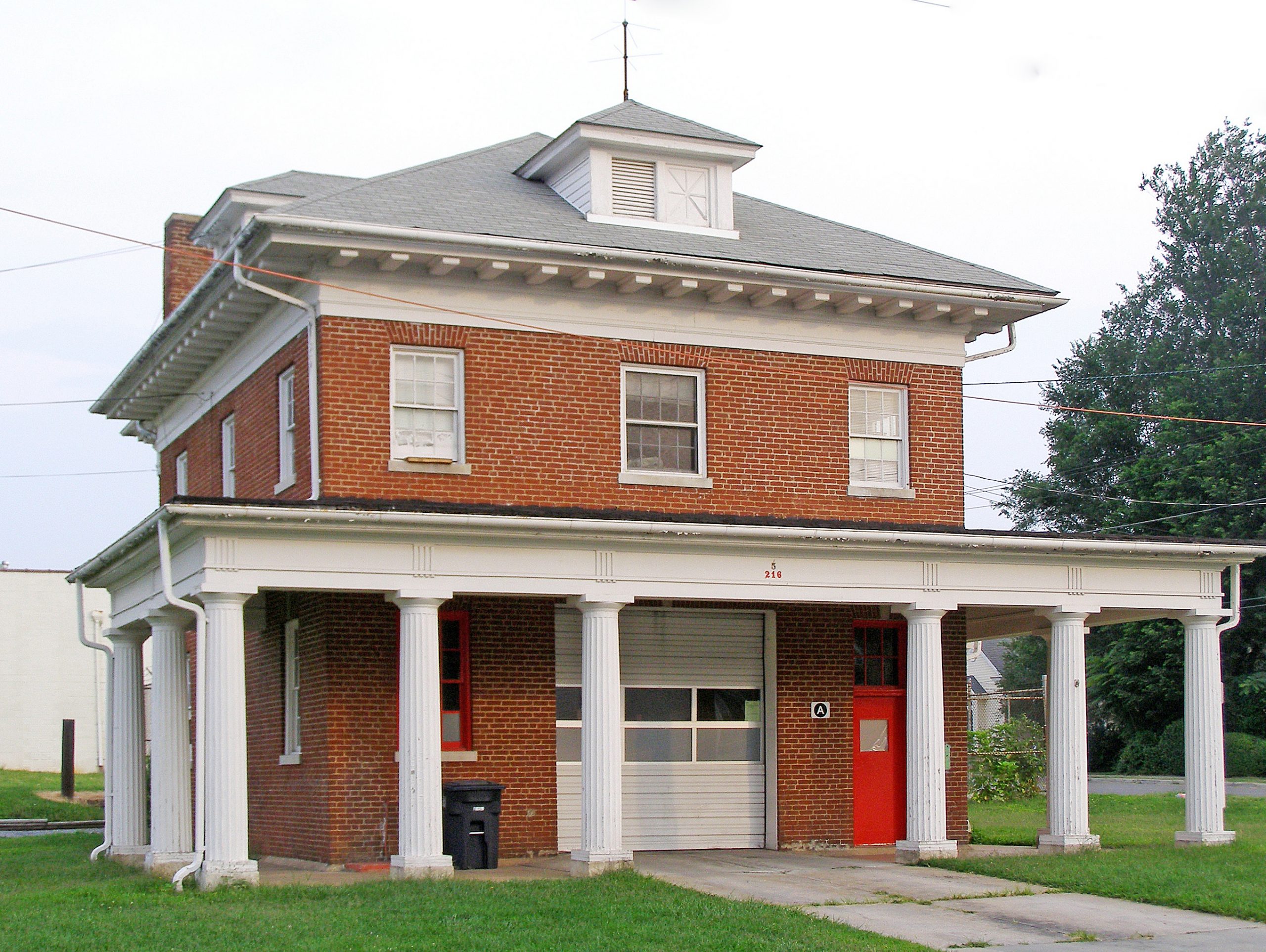 Fire Station No.5 in Roanoke was constructed in 1911, only five years after the city had hired its first paid firefighters. No. 5 was one of three stations constructed and opened that year in the city’s expanding residential neighborhoods. All three buildings were nearly identical in their house-like designs in response to public concerns that new firehouses be architecturally compatible with neighboring houses. The design of the new stations also accommodated newly purchased fire trucks that for the first time in the city’s history were powered by internal combustion engines, putting Roanoke “in the front ranks of Virginia for fire protection,” according to city historian Raymond Barnes. Station No. 5 operated as a firehouse until June 2010, after which the city granted the building to Que House, Inc., a locally-based non-profit charitable organization.