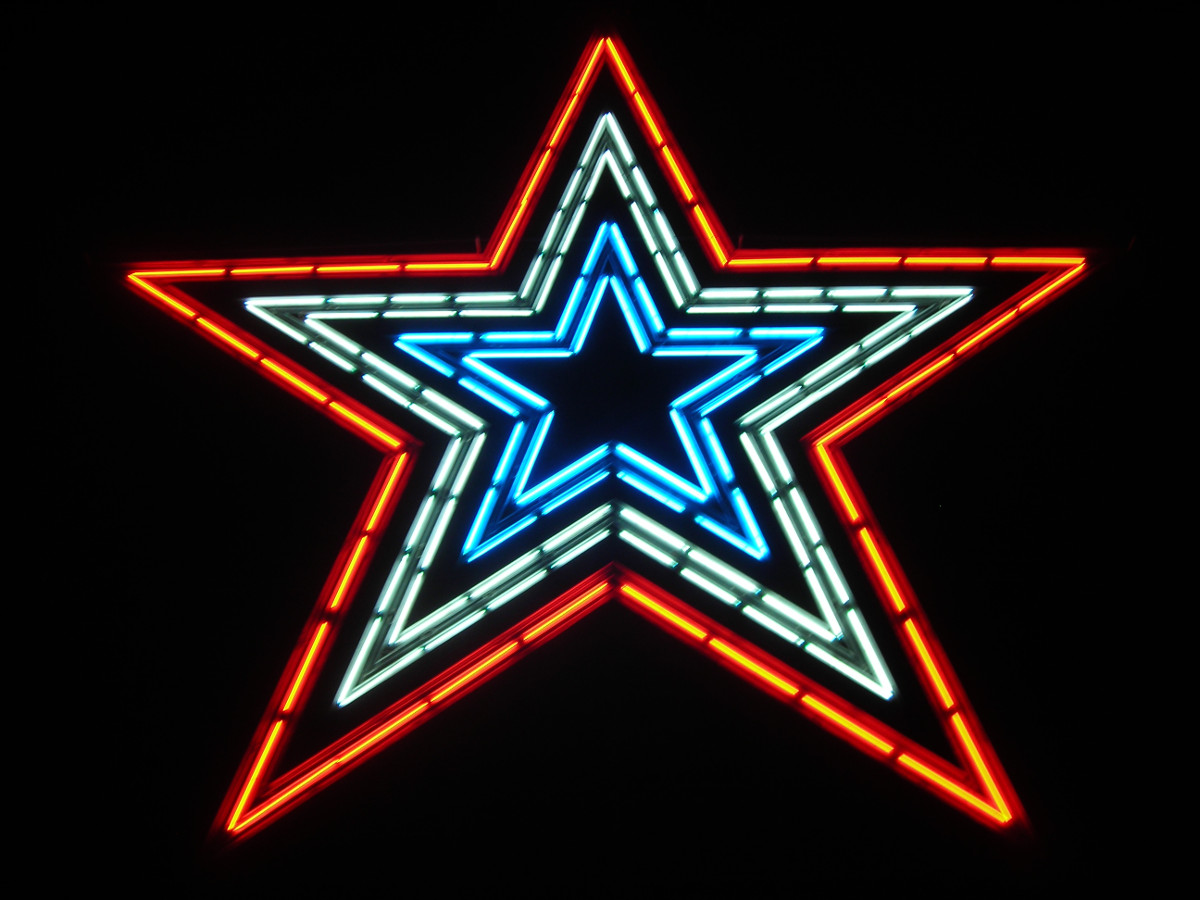 The Roanoke Star is the largest man-made illuminated star in the world. The star stands on top of the 1,746-foot-high Mill Mountain overlooking the city of Roanoke and the south bank of the Roanoke River 846 feet below. Previously known as the “Magic City” at the turn of the 20th century because of the building boom related to the arrival of the Norfolk & Western Railway in 1882, Roanoke became known as the “Star City of the South” after the star was first lit on November 23, 1949. The Roanoke Merchants Association erected the star as a permanent Christmas decoration and marketing ploy to celebrate the season and the postwar prosperity era. The citizens of Roanoke quickly fell in love with the giant neon star and demanded that it remain illuminated every night of the year. Since 1949, the star has been painted, turned off, turned red, studied, argued over, suggested for removal, criticized, voted the number one “visitor attraction” and “the place to take your mom,” loved, worshipped, and adored. It is turned on every night until midnight. For many Roanoke Valley residents, it is the symbol of being home, and for all, it is the symbol of Roanoke.