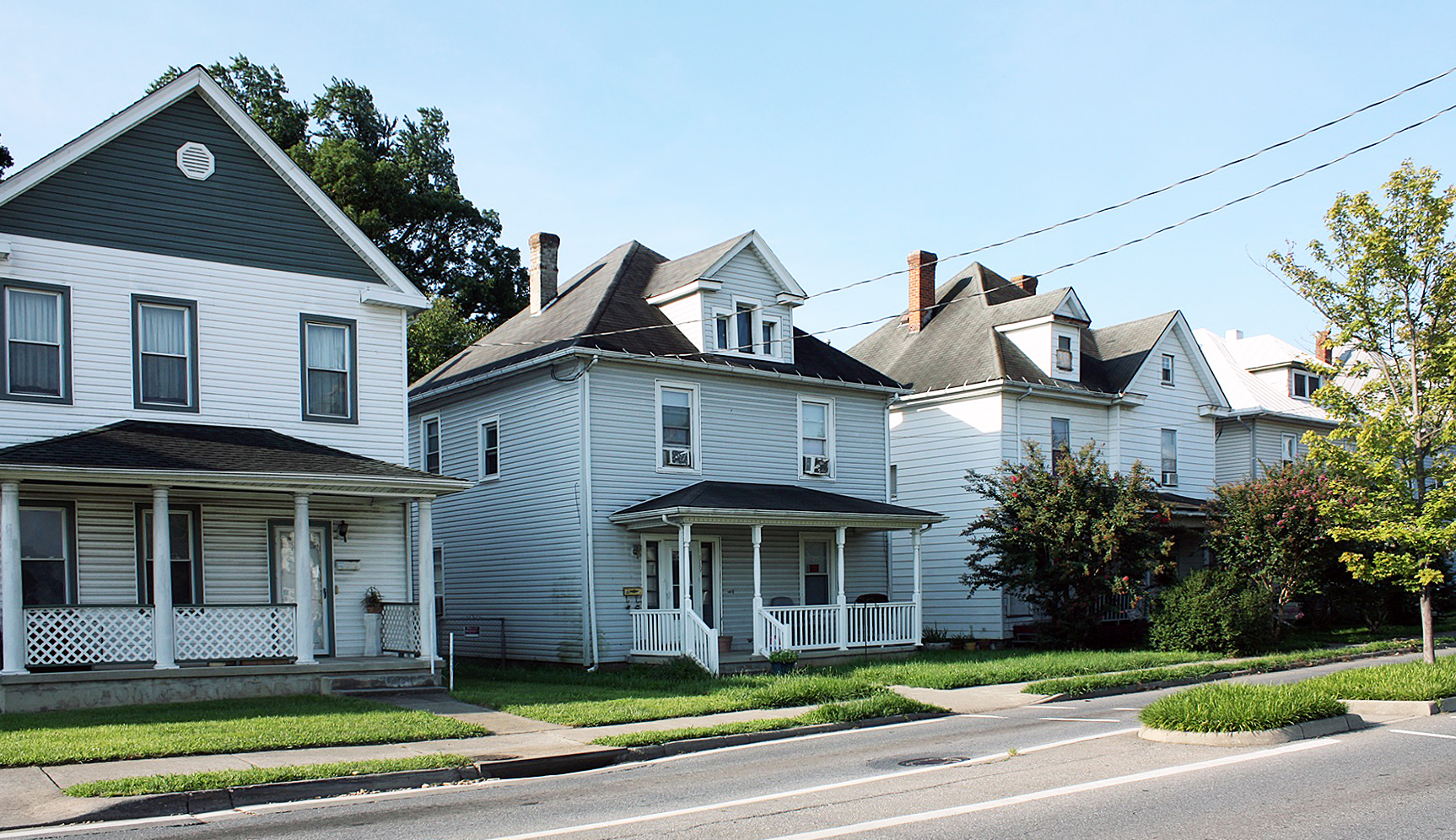 The Roanoke neighborhood encompassing the Belmont Historic District developed in the late 19th and early 20th centuries by providing housing for the inflow of workers filling positions at the Norfolk & Western Railway’s operations begun in the city in 1881. The earliest speculative housing development in the city’s southeast, Belmont started in 1888 when the recently-formed Belmont Land Company purchased rural acreage along the N&W line’s south side. Subdivisions arose, with streetcar lines reaching Belmont by 1905. The earliest houses, mostly those closest to the railroad, tended to be of Folk-Victorian vernacular design and two-story frame construction. The district includes some larger Queen Anne- and Colonial Revival-style houses built for managers and business owners, but as the neighborhood grew the majority of residential architecture continued to be modest worker housing with limited detailing. In 1917, a new industry further fueled growth in Southeast Roanoke, when the American Viscose Corporation established a plant nearby along the Roanoke River. American Viscose gave rise to houses on vacant lots nearer to the N&W or concentrated in the less-developed southern section, further from the railroad. American Foursquare is the dominant form of these later houses with detailing in either the Colonial Revival, Craftsman, or Prairie styles. As it filled in during the 1950s, other housing forms–Cape Cod, Ranch, and Minimal Traditional–were built in lots scattered throughout Belmont.