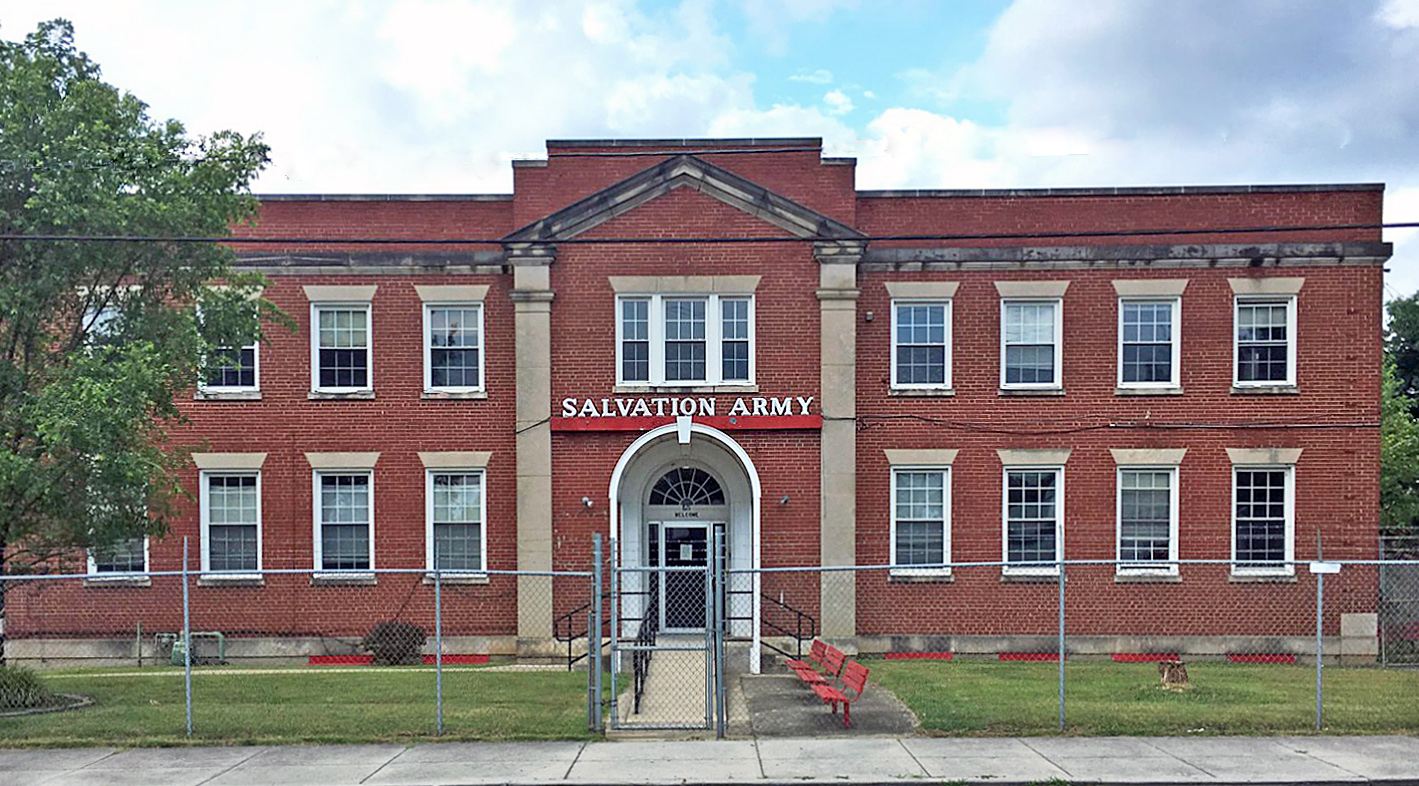 The Salvation Army Citadel, located on Salem Avenue in the Southwest Historic District Boundary Increase area of the city of Roanoke, operated from its construction in 1941 until 2018, although the organization’s presence in Roanoke began in 1884. Offering charitable and religious services to the surrounding community, the Salvation Army adhered to the practice of racial equality during an era of rigid racial segregation. Roanoke’s Salvation Army Citadel served an important institutional role by improving the lives of many people in the area through its social service initiatives. Local government, business, and religious leaders supported the Salvation Army and its mission in the Roanoke Valley. Designed by the noted local architecture firm Eubank & Caldwell, the building is also important as an example of Colonial Revival architecture in Roanoke. Character-defining features include its three-part, highly symmetrical façade with cut stone pilasters flanking the central entrance. The entrance itself conforms to Colonial Revival styling with its half-circle fanlight transom recessed in a cut-stone-arched surround with a keystone surmounted by a triple window. The exterior of red brick veneer laid in a variant of Flemish bond has brick quoins at the outside corners, cut stone at the water table, a molded cornice, and jack arches spanning the windows. The rear gymnasium echoes the Colonial Revival design with its large round-arched windows, brick pilasters with stone cap, and brick pediment with stone coping.