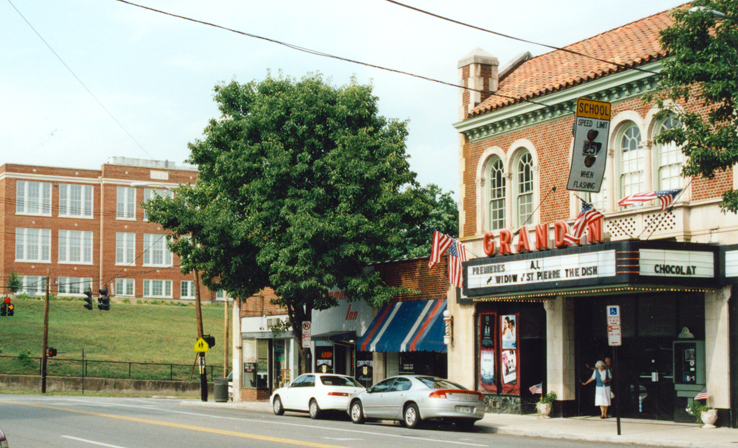 Grandin Road Commercial Historic District includes buildings that provided a commercial center for the surrounding Virginia Heights and Raleigh Court neighborhoods, which developed as the city of Roanoke’s first streetcar suburbs in the early 20th century. Resources include a public elementary school, a fire station, retail stores, offices, a social hall, a movie theater, and a church. The Grandin Theater, built in 1931, was the first and only historic movie theater constructed outside of downtown Roanoke; its rehabilitation in the early 2000s with the use of state and federal tax credits has sparked the revitalization of Roanoke city’s largest commercial center to develop after World War I.