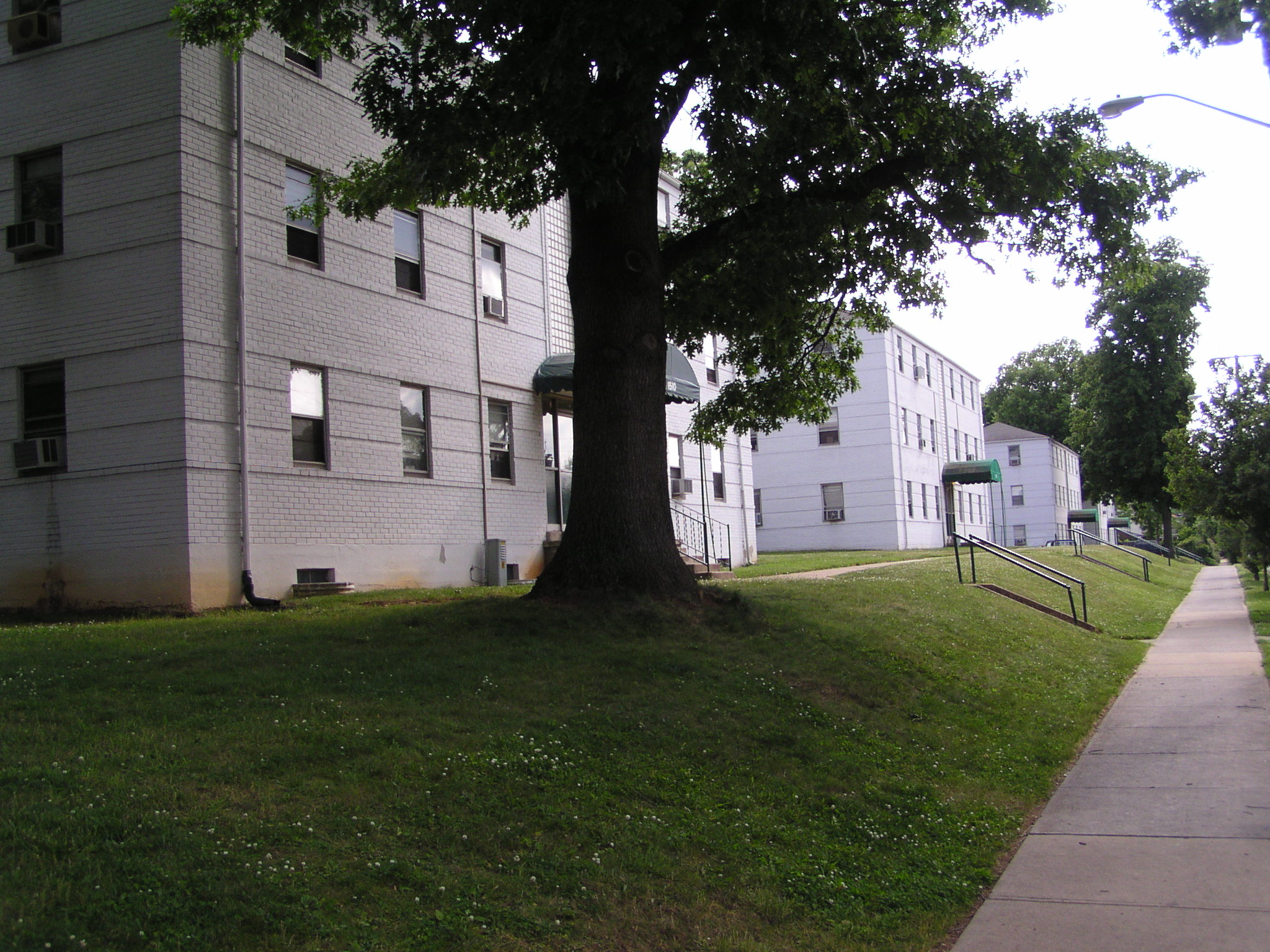 The siting, architecture, and interior layout of the Terrace Apartments in Roanoke, a complex of seven buildings, embody Federal Housing Administration guidelines derived largely from the Garden City Movement, a design philosophy popularized in Europe following World War I. Terrace Apartments was conceived and built by owner Paul Wood and architect James F. Mactier in 1950 to meet Roanoke’s demand for affordable housing during the post-World War II population surge when an influx of laborers filled jobs in Roanoke’s thriving mills and factories. Terrace Apartments provided efficient units in a park-like setting so working-class families could enjoy a suburban lifestyle. The complex—representative of the “garden apartment” style of multiple-family housing commonly built in the post-war period—complements the hilly landscape and roadways to create distinctive workingclass housing. Known originally as Roanoke Apartments, the complex was the largest one in the city when built.  It remained at the time of its listing in the registers in 2006 among the ten largest in Roanoke, and the Terrace Apartments was home to many recent immigrants, leading some city residents to call it the most diverse community in Roanoke.