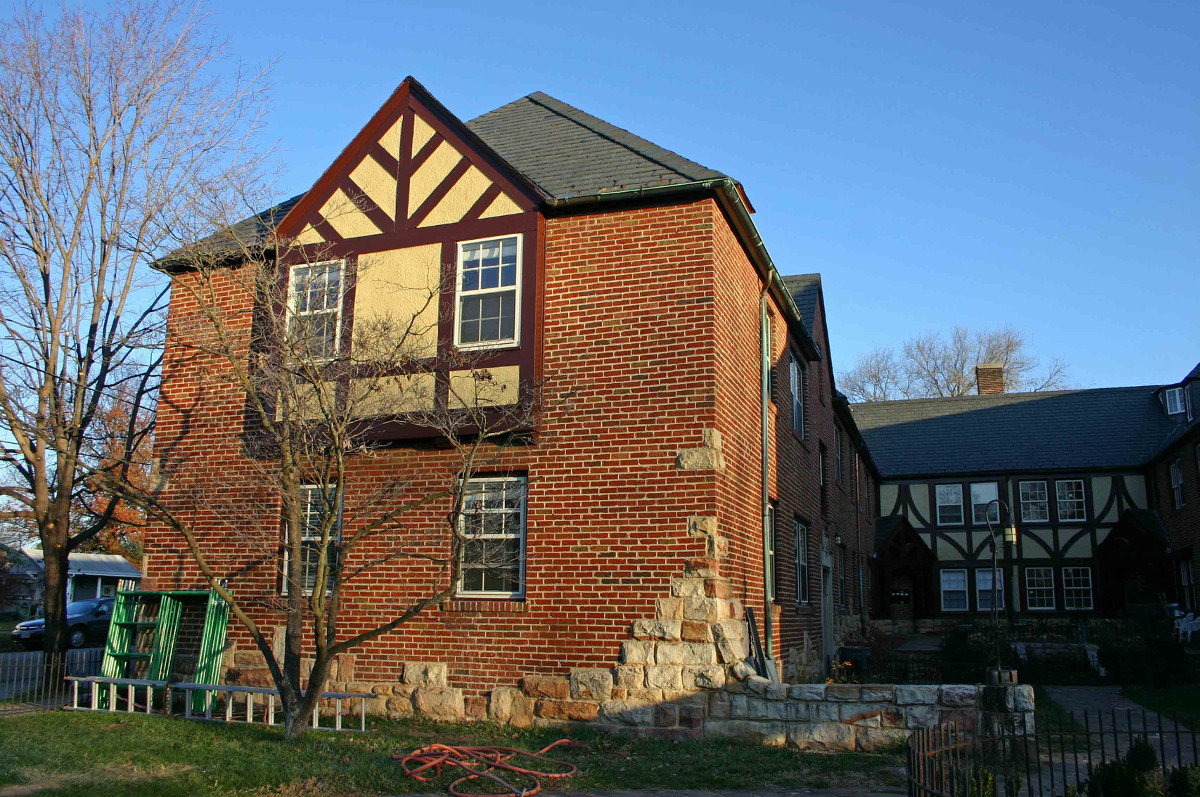 Roanoke’s Windsor Avenue Apartments embody a distinctive and well-crafted Tudor Revival design. The surrounding neighborhood, known as Greater Raleigh Court, developed in the early 20th century and was annexed by the City of Roanoke in 1919. The Windsor Avenue Apartments building was designed in 1928 by the Roanoke architecture firm of Eubank & Caldwell for local businessman S. M. Cornett.  The apartment building features a slate roof, half timbering and stucco, a stone foundation, and pronounced entryways, as well as notable landscape elements such as a center courtyard with stone sidewalks, wrought-iron railings, ornamental ponds, and a waterfall.