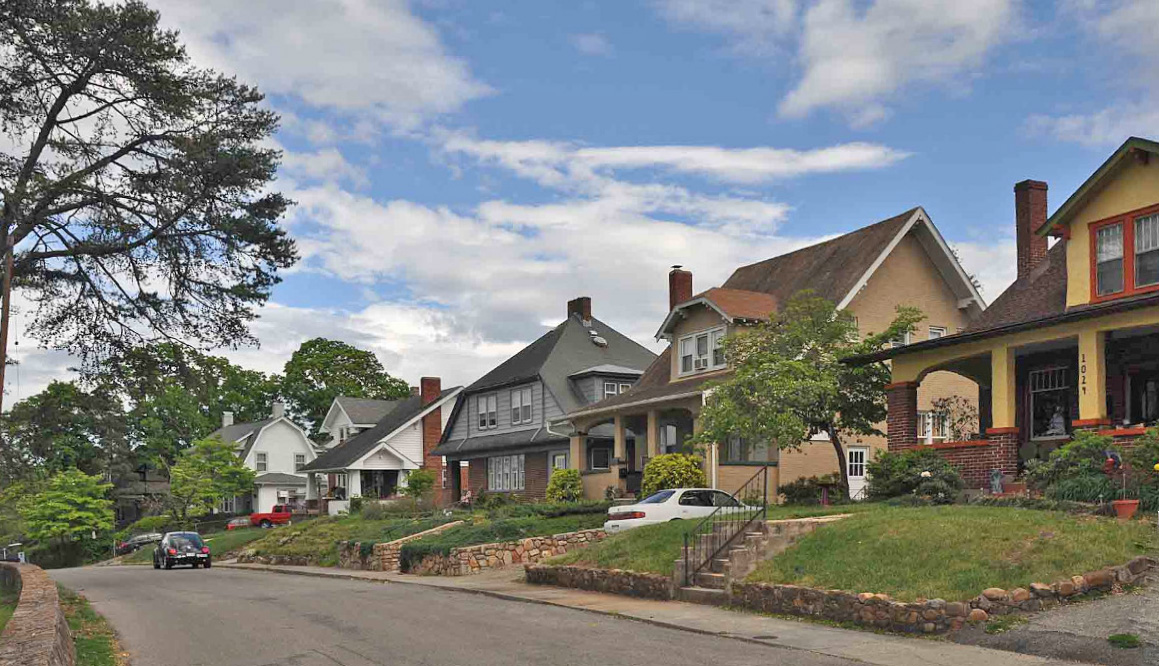 The Wasena Historic District is an early-20th-century residential suburb of Roanoke developed by a private land company as improvements in bridge connections and public transportation made former farmland accessible to downtown. The introduction of the first bus route in the city was prompted by the development of the suburb, making Wasena Roanoke’s first “bus suburb.” The neighborhood reflects the city’s population growth and the increase in home ownership, particularly after World War II when veterans could purchase homes through loans supported by the GI Bill. The district boasts a wide range of 20th-century residential architecture including Craftsman bungalows, American Foursquare, Tudor-Revival, Cape Cod, and Ranch style houses. Located along the Roanoke River and the railroad tracks, the Wasena neighborhood includes industrial, commercial, and recreational resources that supported the community.