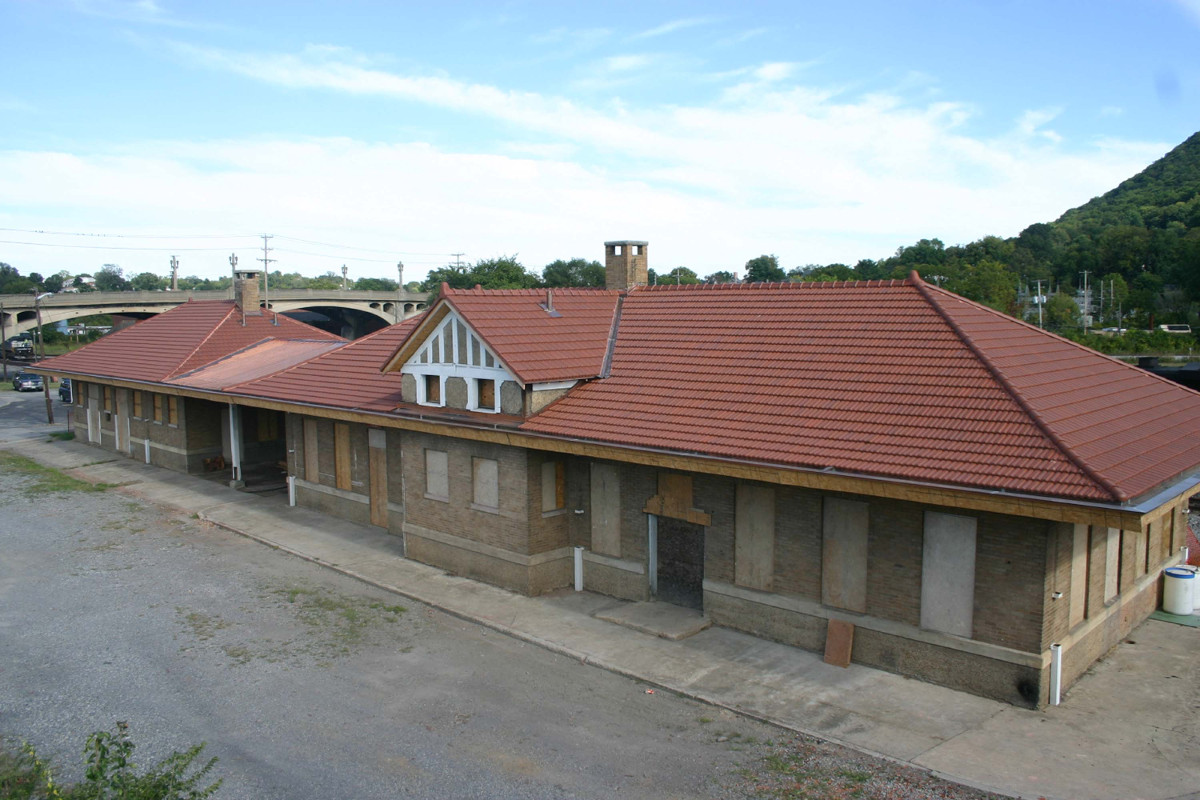 The Roanoke River & Railroad Historic District centers on a tract of land along the Roanoke River in southeast Roanoke that developed rapidly as an industrial corridor with the completion of the Roanoke & Southern Railway in 1892 and the Virginian Railway line in 1909. Industries that arose along these two rail lines reflected the tremendous growth Roanoke experienced with the construction of the railroads. From lumberyards to iron and bridge works, the industries were directly tied to either the construction of the railroad or the many houses built during the early boom years of Roanoke. The district’s period of significance extends from 1892, the year a Roanoke & Southern Railway line was completed, to 1959, when the Virginian Railway merged with Norfolk & Western and the district’s rail station ceased service for freight or passenger traffic.