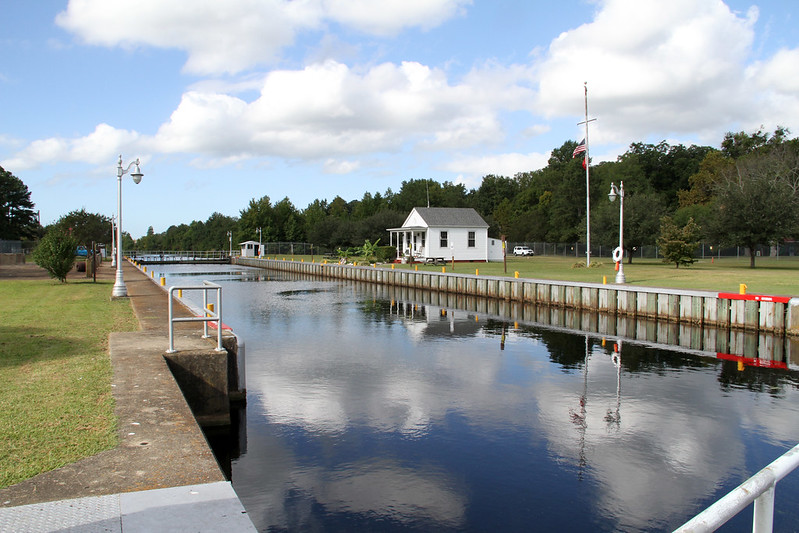 This Multiple Property Documentation (MPD) Form facilitates the nomination to the registers of resources associated with the Dismal Swamp Canal, a 22-mile land cut between Deep Creek in Chesapeake, Virginia, and South Mills in Camden County, North Carolina. Its origin was a charter in 1787 by the Virginia General Assembly, ratified by North Carolina in 1790. The private Dismal Swamp Canal Company began construction in 1793 at both ends of the proposed cut to connect the Southern Branch of the Elizabeth River near Norfolk, Virginia, with the Pasquotank River in Camden County, North Carolina, which provides access to numerous sounds, bays, and rivers in that state. The through cut came in 1805. Adjacent to the canal on the east side was constructed a toll road, made largely of material dug from the canal. It was opened in 1804.