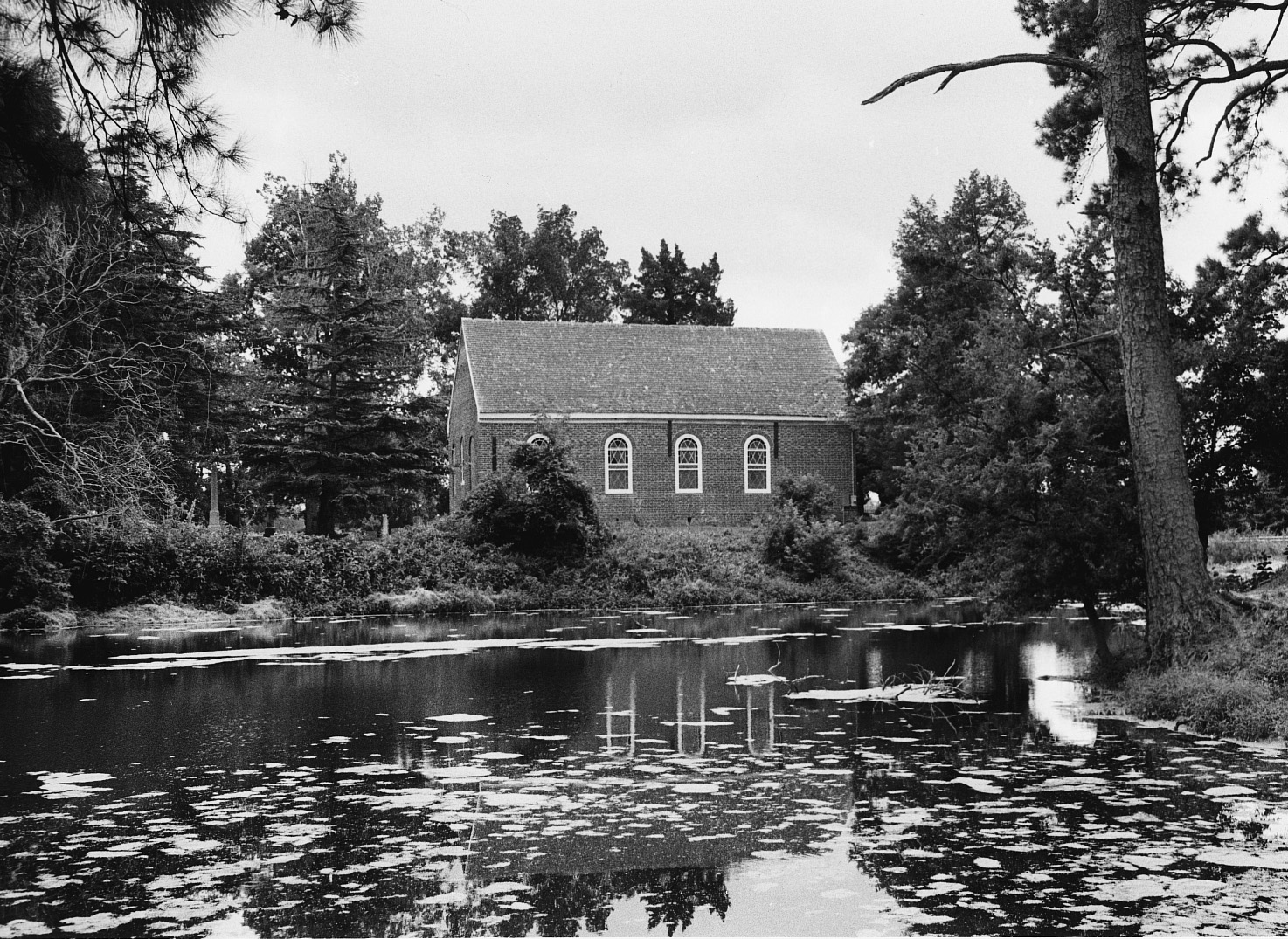 Originally known as Chuckatuck Church after a nearby Indian village which takes its name from an Indian word meaning “crooked creek,” St. John’s was built in 1755 and is the third church at its location. Its rectangular form with gable roof was the most popular one for Virginia’s smaller colonial churches. Like most of the state’s early ecclesiastical buildings, it is constructed of Flemish-bond brickwork highlighted by glazed headers and gauged-brick round arches. The church was abandoned for a half century after the Revolution but was reconsecrated by the Episcopalians with its present name in 1826. Union troops desecrated the building during the Civil War. The interior woodwork dates from an 1888 renovation. Despite the urbanization of Suffolk, the church retains a rural setting, picturesquely placed overlooking a lake at the headwaters of Cedar Creek.