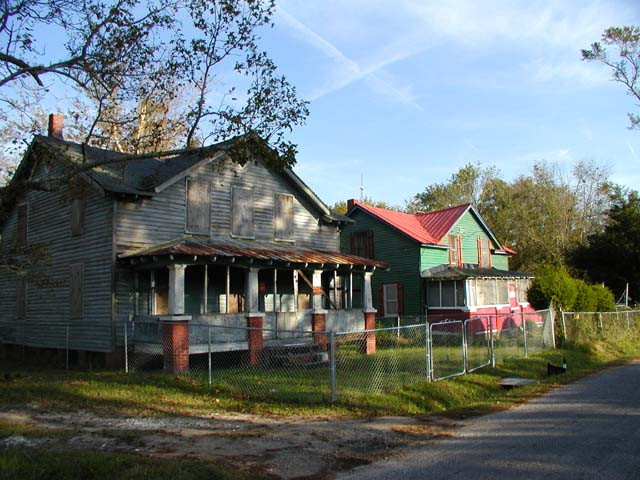 Hobson was settled in 1865 by a group of African Americans who fled the Virginia Peninsula between the James and York rivers and settled at Barrett’s Neck in Nansemond County, now the City of Suffolk. Community members earned their livelihood mostly as farmers and watermen, particularly by oystering. From its heyday during the 1920s and 1930s, Hobson gradually declined in population following World War II due to improved educational and economic opportunities for black citizens and the deterioration of the oyster industry. Today the village retains a patchwork of historic fabric, and the remaining houses, landmarks, and sites are an important reminder of the contributions of blacks to the economy and culture of Suffolk and the Tidewater region following the Civil War and through the 20th century. The Historic and Architectural Resources of Hobson Village, Suffolk, Virginia, 1865-1968 MPD provides the overarching framework and justification for the future listings of individual landmarks and sites within the village.