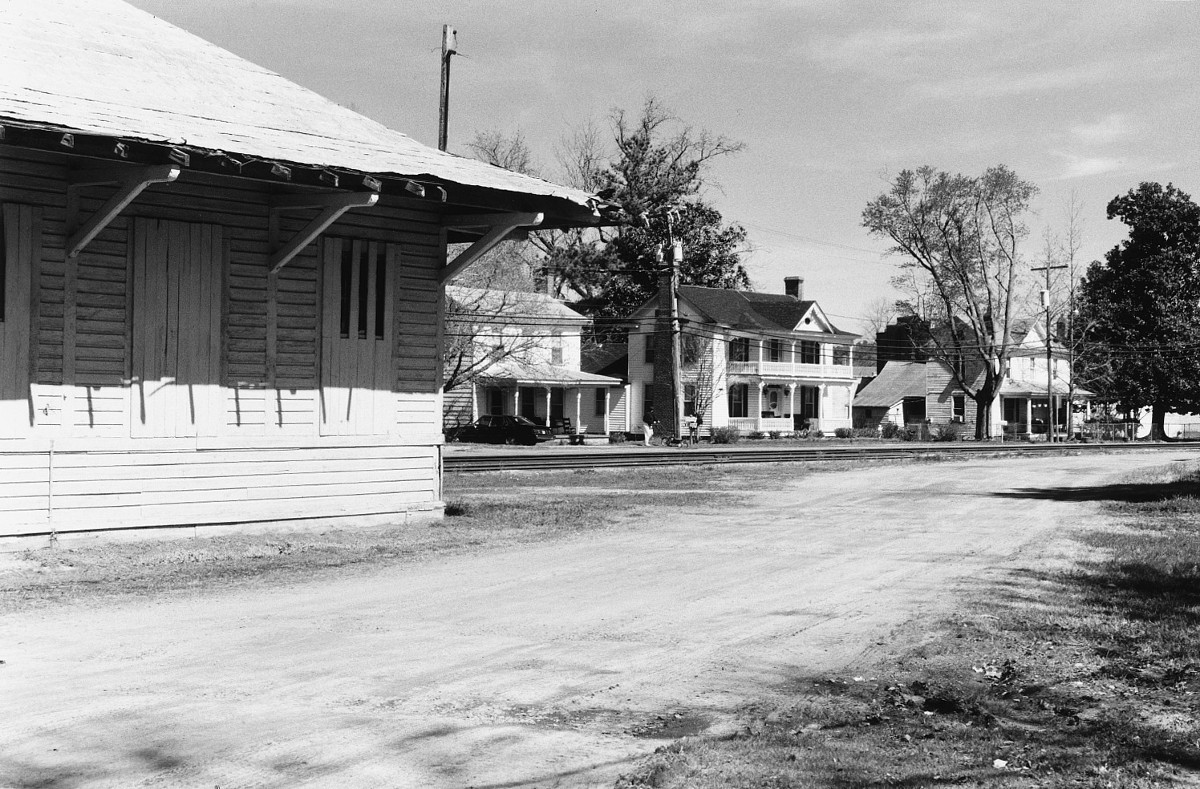 Originally known as Holland’s Corner, this linear village was reputedly settled by descendants of Gabriel Holland who came to Virginia in 1621. The Hollands were prosperous farmers and owned a general merchandise store here for generations. Despite its early origins, the town’s fabric dates mainly from the late 19th century. Its growth was spurred by the completion in 1888 of the Atlantic and Danville Railroad which served the local agricultural and lumber industries. Much of the town was destroyed by fire on January 1, 1910. The replacement structures were rebuilt in brick. Holland’s residences, both pre- and post-fire, are a mixture of small-town types common to eastern Virginia. One of the earliest houses is the William T. Holland farmhouse, built between 1860 and 1880. Holland’s principal architectural work is the 1918 Holland Christian Church, a forceful classical design by R. H. Riedel, a German immigrant who settled here.