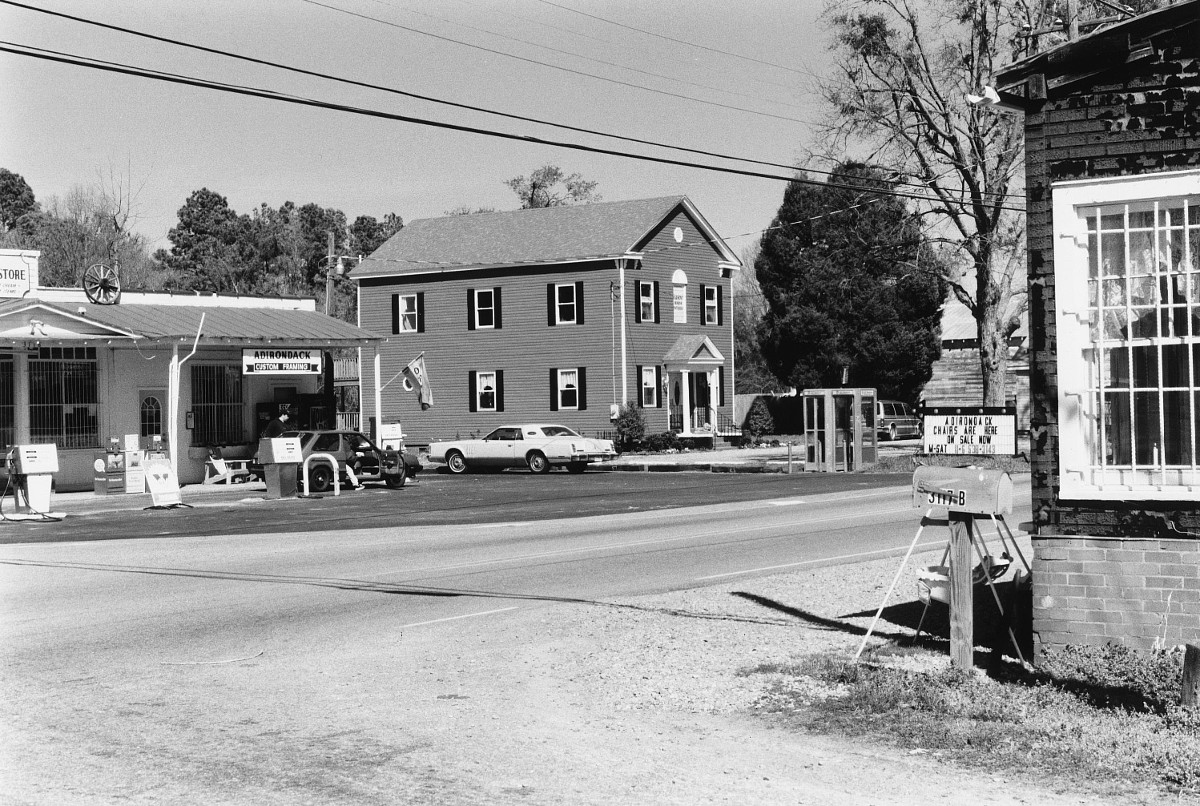 Centered on the main intersection of this Tidewater village, the Driver Historic District is an interesting collection of small country stores and several examples of domestic types that reflect the continuing influence of earlier Tidewater dwellings. The earliest structure is the Parker House, built between 1820 and 1840, a side-passage, two-story frame dwelling. The majority of Driver’s buildings were constructed in the late 1880s, after the completion of the Norfolk and Carolina Railroad. The railroad expanded the market for local farm products and created new jobs in the area. At this time, the settlement was named after E. J. Driver who operated a general store here. Punctuating the district are two Gothic-style churches built between 1890 and 1910. This district also has two school buildings built in 1926. The tiny community maintains a simple unassertive character typical of an eastern Virginia crossroads community.