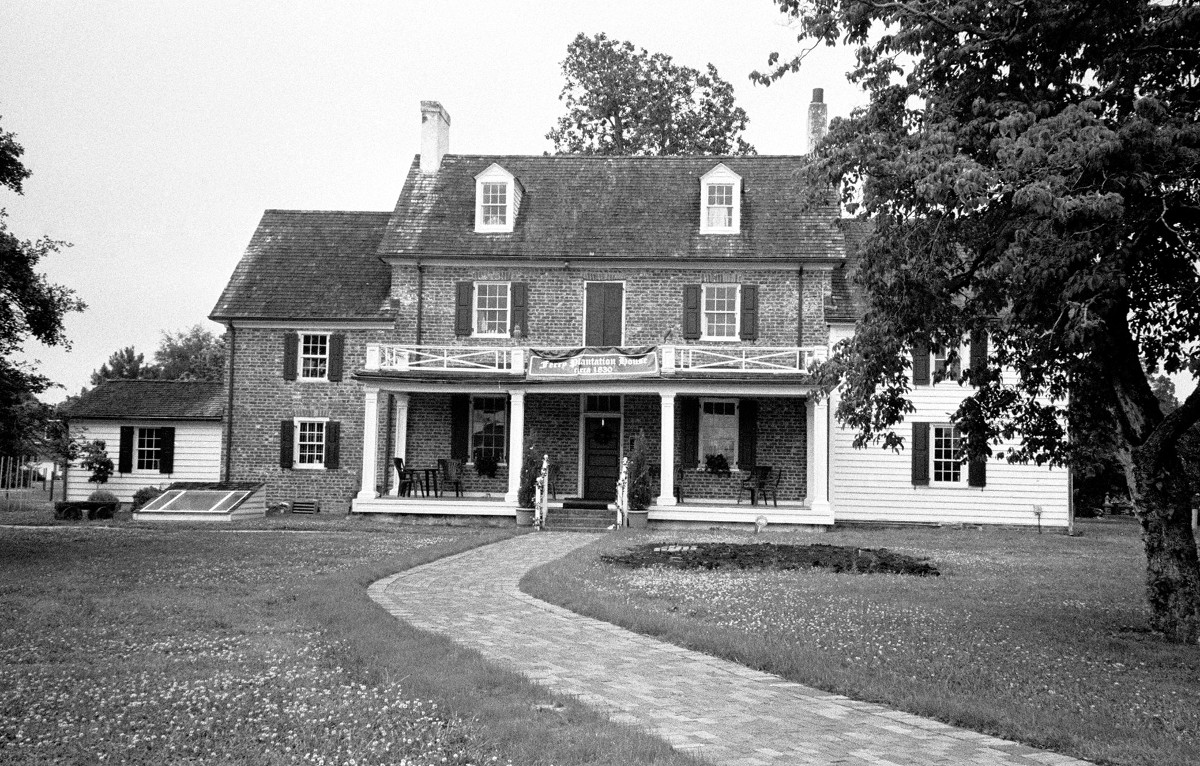 Constructed of the best bricks that could be salvaged from an earlier manor house on the property that had burned, the Federal-style Ferry Plantation House is two-and-a-half stories high and laid in three-course American-bond brickwork that was covered with oyster-based stucco until the mid-20th century; the house includes two two-story historic wings and one modern wing addition. Ownership of the property traces back as early as 1642, when a ferry operated there. The prior manor house was erected ca. 1751 and burned in 1828. In 1830, George McIntosh built the current house for his son, Charles, and the property remained in the McIntosh family for over 60 years, during which time it underwent some changes, including the addition of the northwest wing in 1850. Ferry Plantation House is one of the few surviving early-19th-century houses in Virginia Beach, and its waterfront location is a reminder of the early history of Tidewater, despite the loss of its historic acreage and contextual setting that once included a windmill and 18th-century tavern.