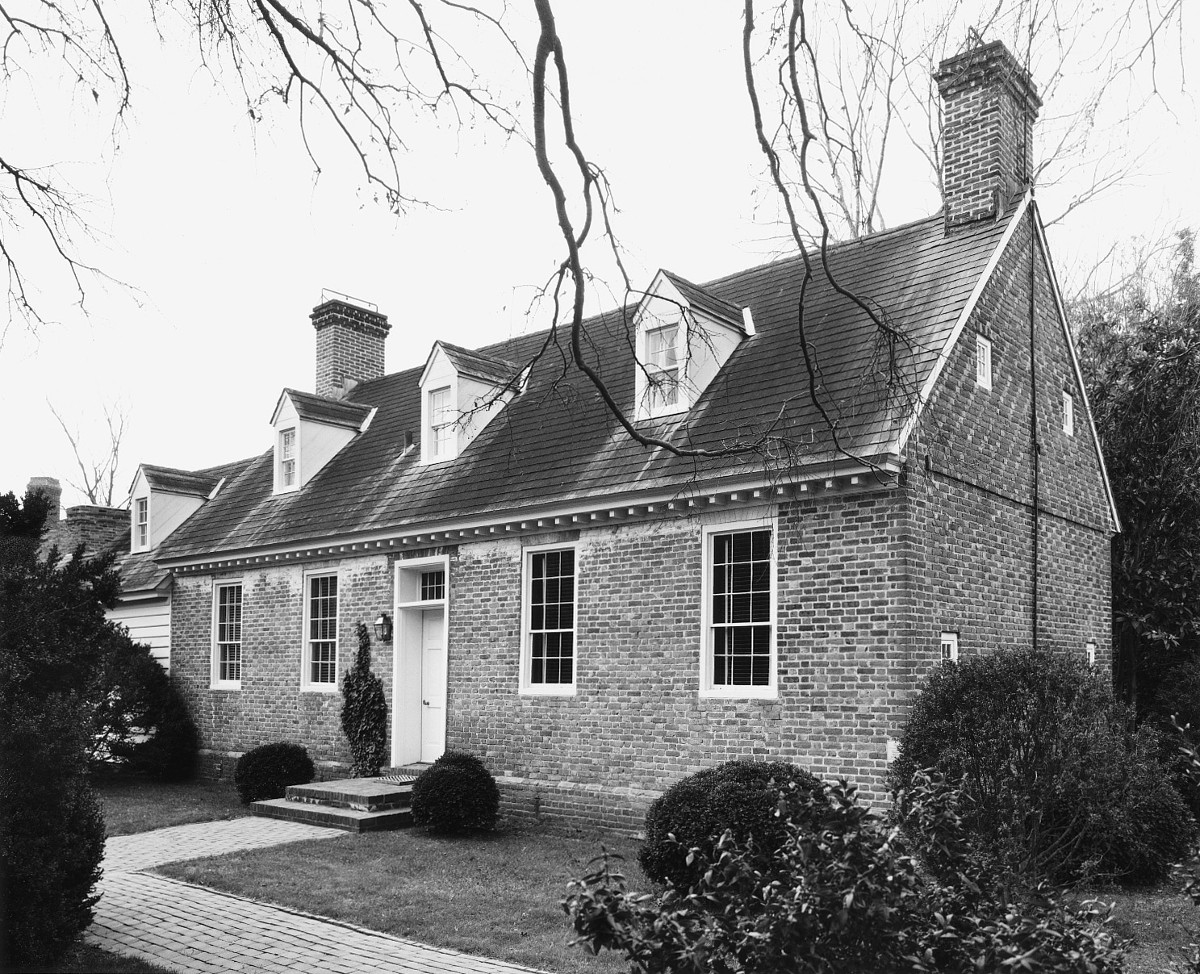 One of Virginia’s rare vernacular manor houses, the Keeling house preserves the distinctive but rare decorative device of chevroning, a feature associated with pre-Georgian vernacular brick architecture. The chevrons are formed by parallel rows of glazed header bricks following the angle of the gables, made possible by the use of interior end chimneys. The house probably was erected ca. 1700 for Thomas Keeling on property originally acquired in 1635 by his immigrant grandfather, Thomas Keeling. The property remained in the Keeling family until 1881. Not unexpectedly for such vernacular dwellings, the entrance front has a regular five-bay facade while the rear has three irregularly spaced windows and a door. The closed-string stair and paneled parlor chimney wall appear to have been installed later in the 18th century. The house is at the head of a cove on the Lynnhaven River.