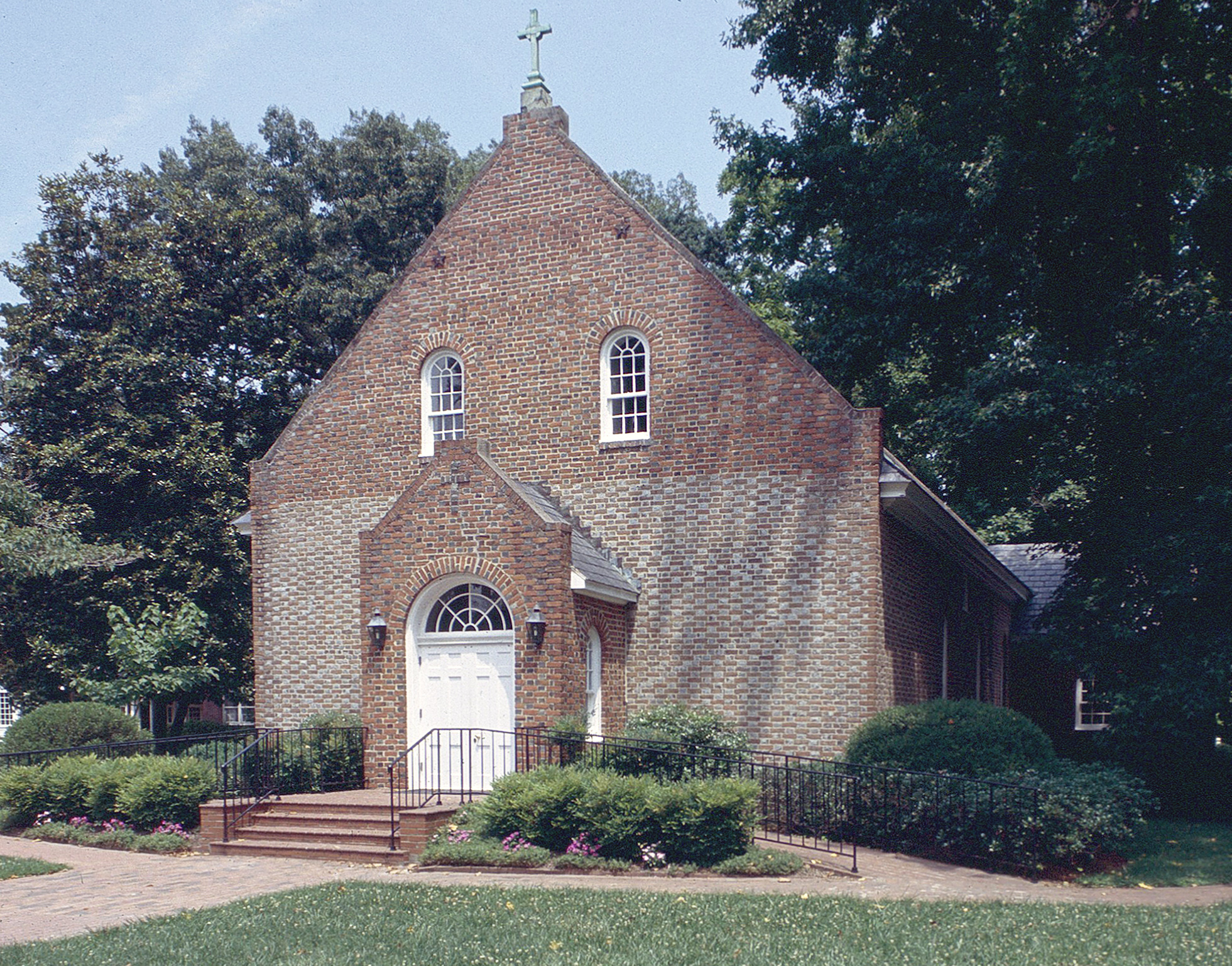 Built in 1736 by Peter Malbone, Old Donation Church is the third building to serve the colonial Lynnhaven Parish, created soon after 1640. It was first called Lynnhaven Parish Church but received its present name in the early 19th century in commemoration of a gift of land to the parish. Curiously placed windows on the side walls indicate that the church was outfitted during colonial times with private galleries, or “hanging pews,” high on the side walls. Old Donation suffered neglect during the first half of the 19th century and finally was gutted in 1882 in a forest fire. It stood as a roofless ruin until its restoration in 1916 and received parish church status once more in 1943. Although only its walls are original, Old Donation, in its wooded setting, is a reminder of the historic roots of the modern city of Virginia Beach.