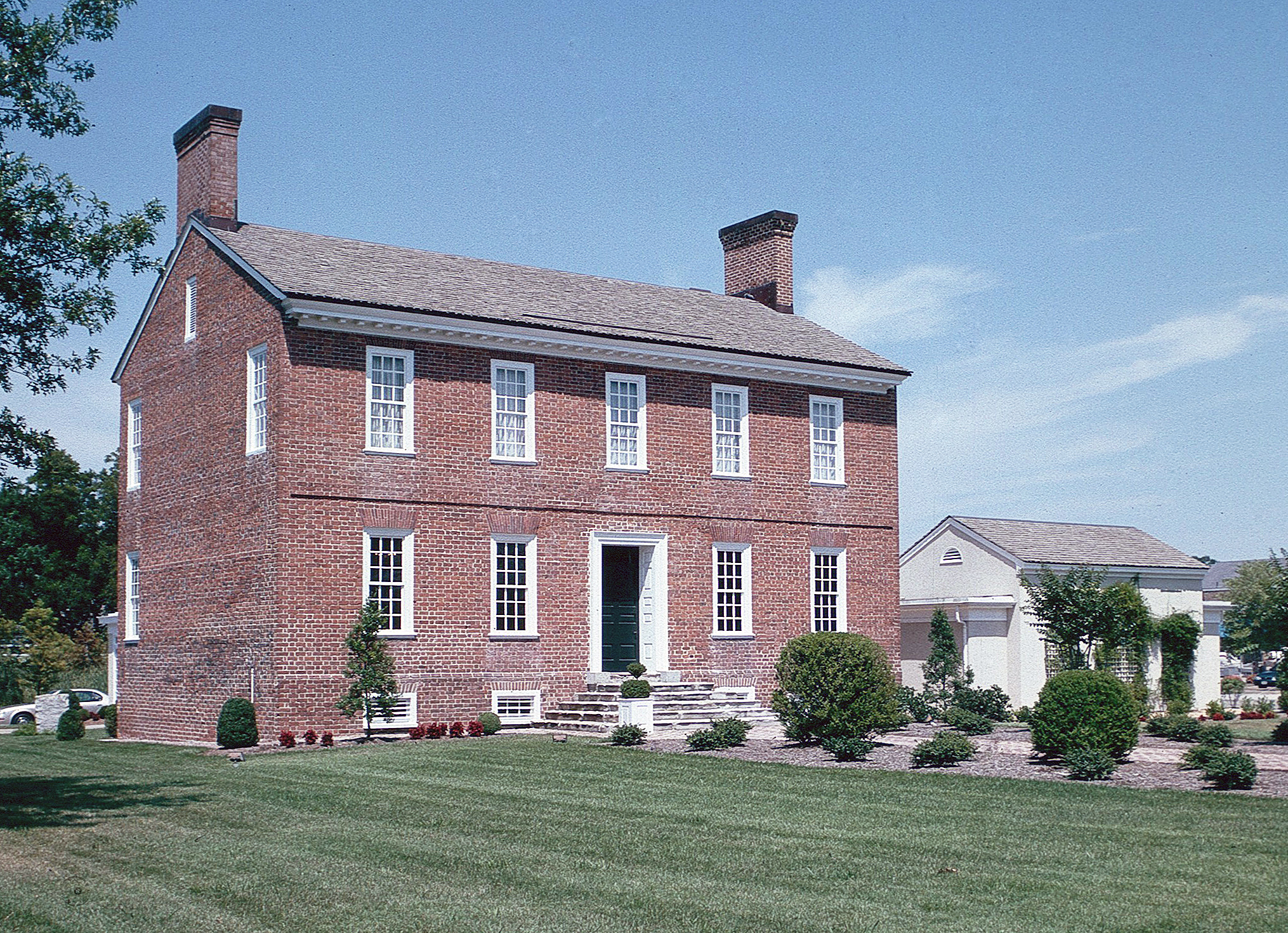 Pleasant Hall, among the last old houses in the all but totally redeveloped village of Kempsville in the city of Virginia Beach, was built in 1763 for George Logan, a Scottish merchant. An outstanding example of Virginia’s Georgian architecture, the house was used in 1775 as a headquarters for Lord Dunmore who later wrote: “I saw Mr. Logan’s house and have never seen better in Virginia.” Logan, a loyalist, returned to Britain, whereupon Pleasant Hall escheated to the Commonwealth and eventually was sold to Peter Singleton. The formality of the exterior is carried to the interior with its exceptionally fine woodwork including a fully paneled parlor with a chimneypiece framed by pilasters in the rarely used Corinthian order. The massive king-post trusses supporting the roof are an important example of colonial carpentry. The house has been carefully restored for use as a funeral home.