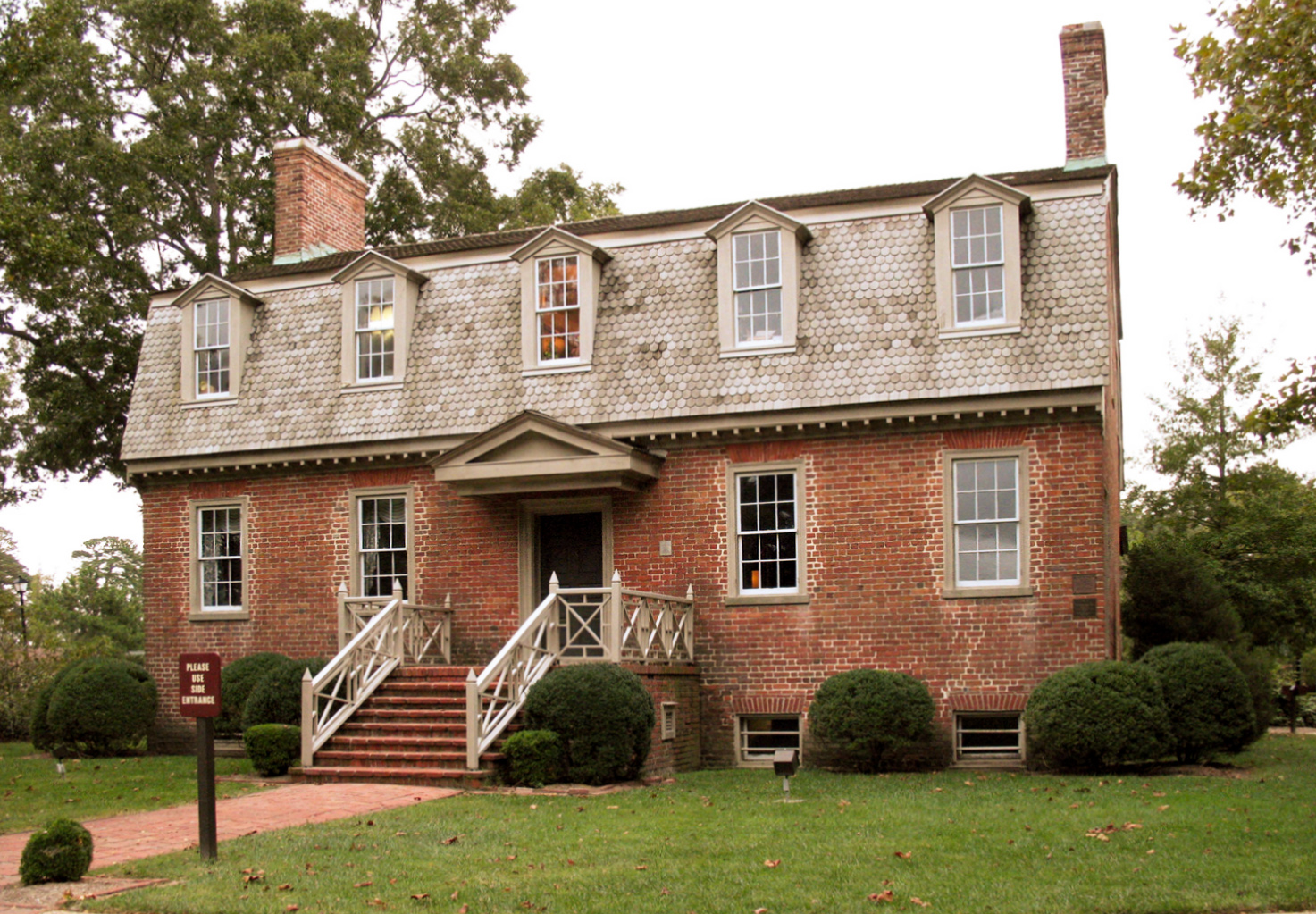 Also known by its more recent name of Rose Hall, the Francis Land house is typical of the dwellings built by the more prosperous 18th-century planters of old Princess Anne County (now the city of Virginia Beach). Its gambrel roof was a form much favored in the area and imparts a picturesque quality to an otherwise formal and quite substantial house. The building probably dates from the last quarter of the 18th century or the early 19th century. The Land family lived on the property from the 1630s to the 1830s, many of whom served as vestrymen and county justices. Threatened by encroaching development, the city of Virginia Beach acquired the house for preservation in 1975. It was subsequently restored and opened for exhibition in 1986. Part of the surrounding seven acres have been landscaped to protect a sense of the dwelling’s former rural context.