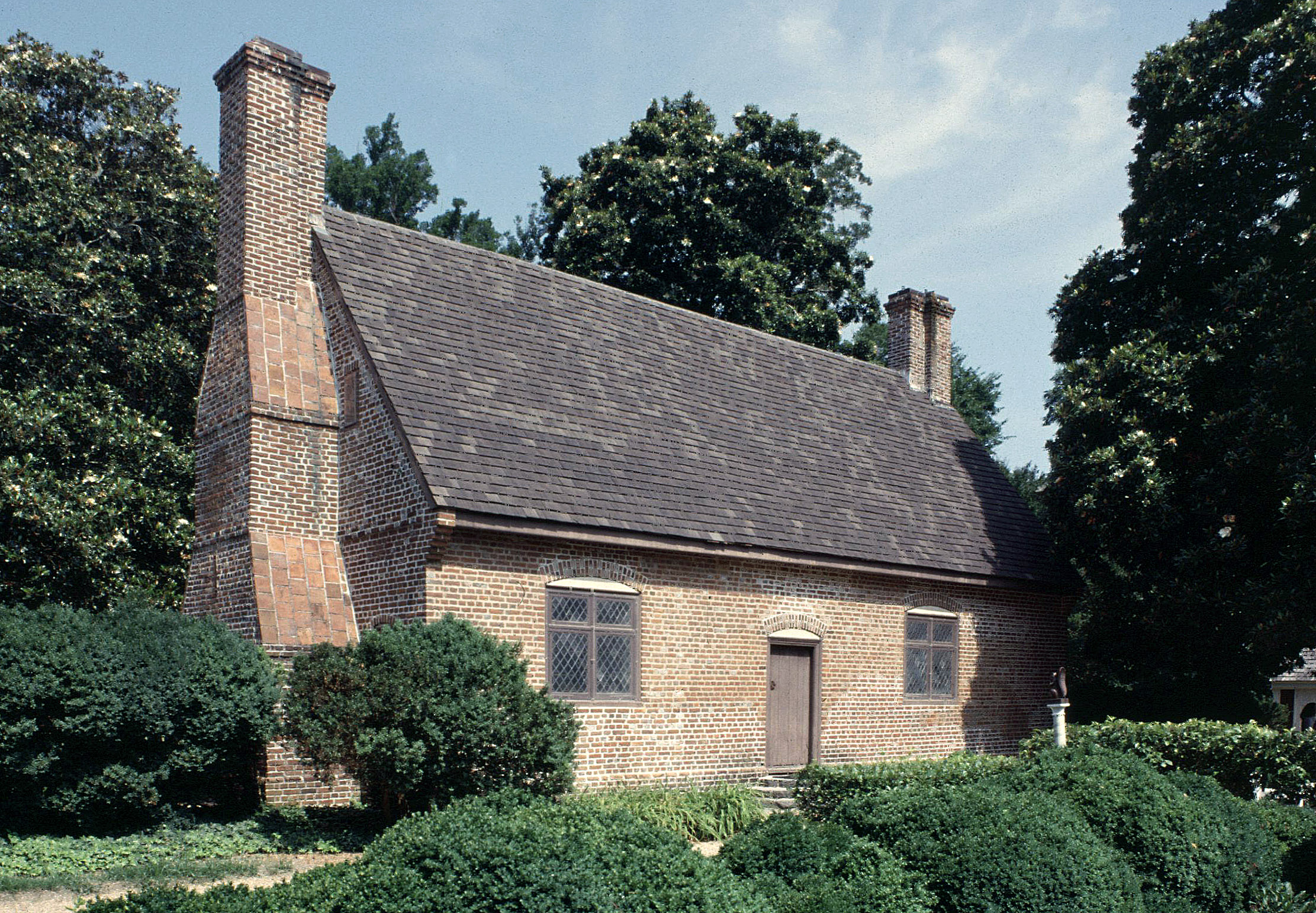 This famous brick dwelling illustrates the transition from Virginia’s temporary frontier structures of the early 17th century to the more permanent, albeit informal, gentry houses of the early 18th century. The massive end chimney, irregular spacing of the openings, and lack of classical influences make the house a characteristic example of Virginia’s pre-Georgian architecture. The exterior and part of the interior were returned to their original appearance after the Adam Thoroughgood House Foundation acquired the property in the mid-20th century. The house is on land obtained by Adam Thoroughgood in 1636.

In 2008, the construction date was amended for the Adam Thoroughgood House to ca. 1719, following the completion of dendrochronology and archaeological reports. The 2008 nomination also updated the period of significance from ca. 1719 to 1957 (when the house was restored and opened to the public).
[VLR Listed: 3/13/2008; NRHP Listed: 4/23/2008]

The circa-1719 Adam Thoroughgood House has increased its previously-listed Virginia Landmarks Register boundary to capture significant archaeological resources relating to a Native American Middle and Late Woodland village site on the property as well as to archaeology from its colonial-era settlement. The Thoroughgood House was designated a National Historic Landmark in 1960, and listed in the National Register of Historic Places in 1966 and the Virginia Landmarks Register in 1969. This 2017 updated boundary now extends the site’s period of significance from 500 B.C., reflecting the date of the earliest diagnostic artifacts, to 1957, when the property became a public historic site.
[VLR Listed: 9/21/2017; NRHP Listed: Pending]