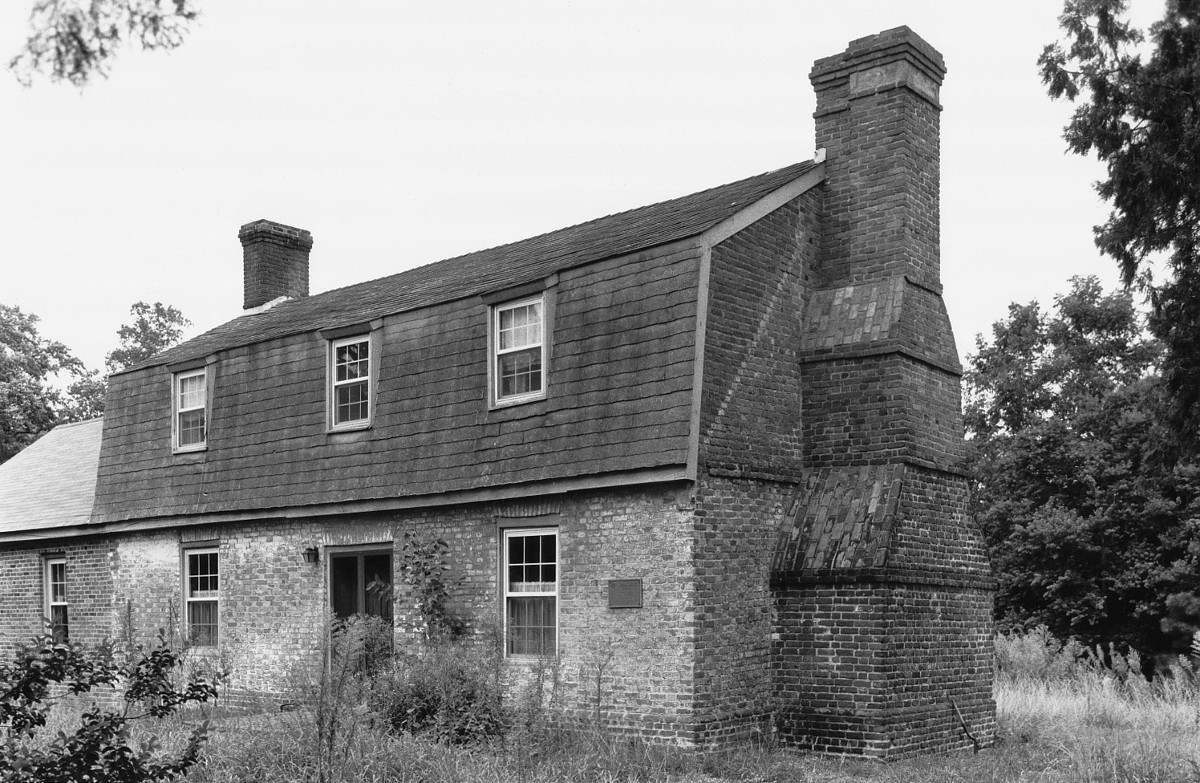 Despite its rapid transformation into a highly developed metropolitan area, the city of Virginia Beach preserves several pre-Georgian vernacular houses documenting the lifestyles of the more prosperous farmers around the end of the 17th century. With its hall/parlor plan and massive end chimney, the Weblin house is a representative of the “Virginia style,” a vernacular house type evolved from the postmedieval farmhouses of the western and upland regions of England and employed by Virginia settlers from those areas. The house probably was built ca. 1700 for John Weblin, Jr., who inherited the property from his father in 1686. The steep gable roof was changed to a gambrel roof in the mid-18th century. The interior has undergone modifications, but the original floor plan survives as does a second-floor bolection fireplace surround.