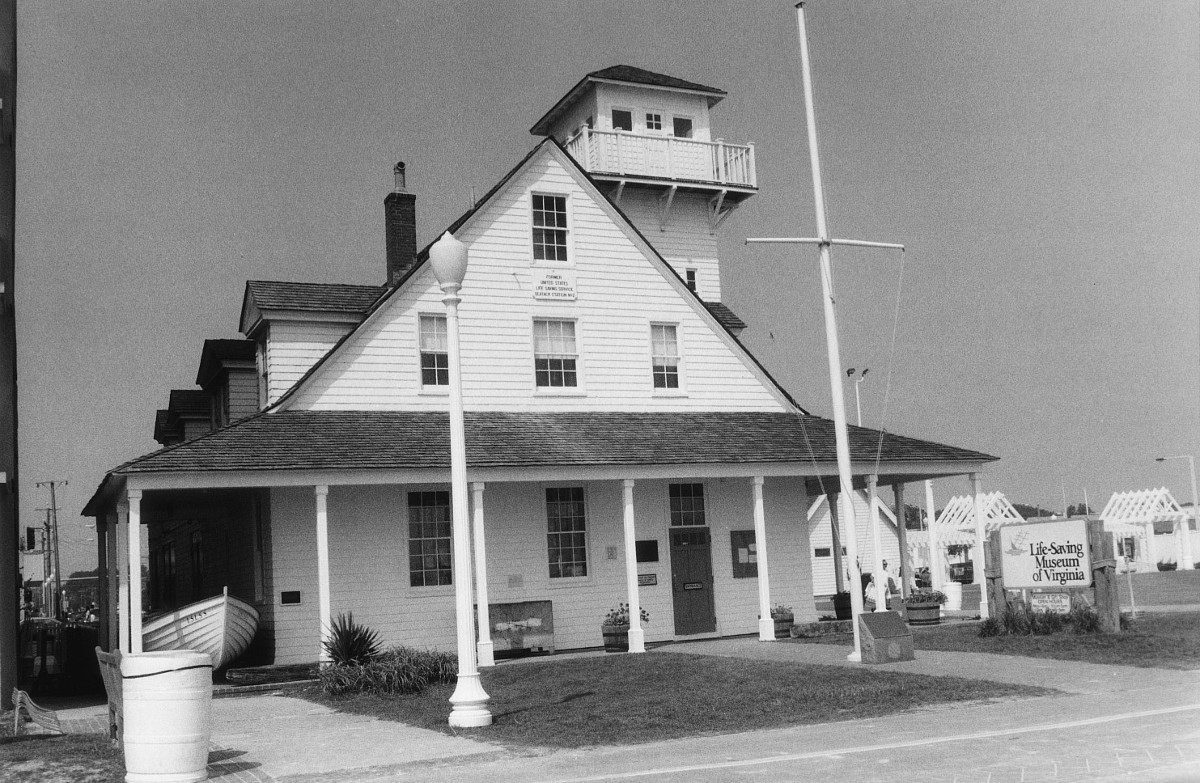 The United States Life-Saving Service was established in 1871 to rescue victims of shipwrecks and other maritime disasters. The first generation Seatack Life-Saving Station was one of five stations built in Virginia Beach and was constructed in 1878. It was replaced by the current structure built in 1903. The facility came under the jurisdiction of the United States Coast Guard in 1915 and was renovated in 1933 for a new generation of service. Decommissioned in 1969, the station was acquired by the city of Virginia Beach in 1979. In 1981 the building was moved 200 feet to its present location, also on the oceanfront, and restored as a museum. Distinguishing original features are the boat doors, lookout tower, and cedar-shingled walls.