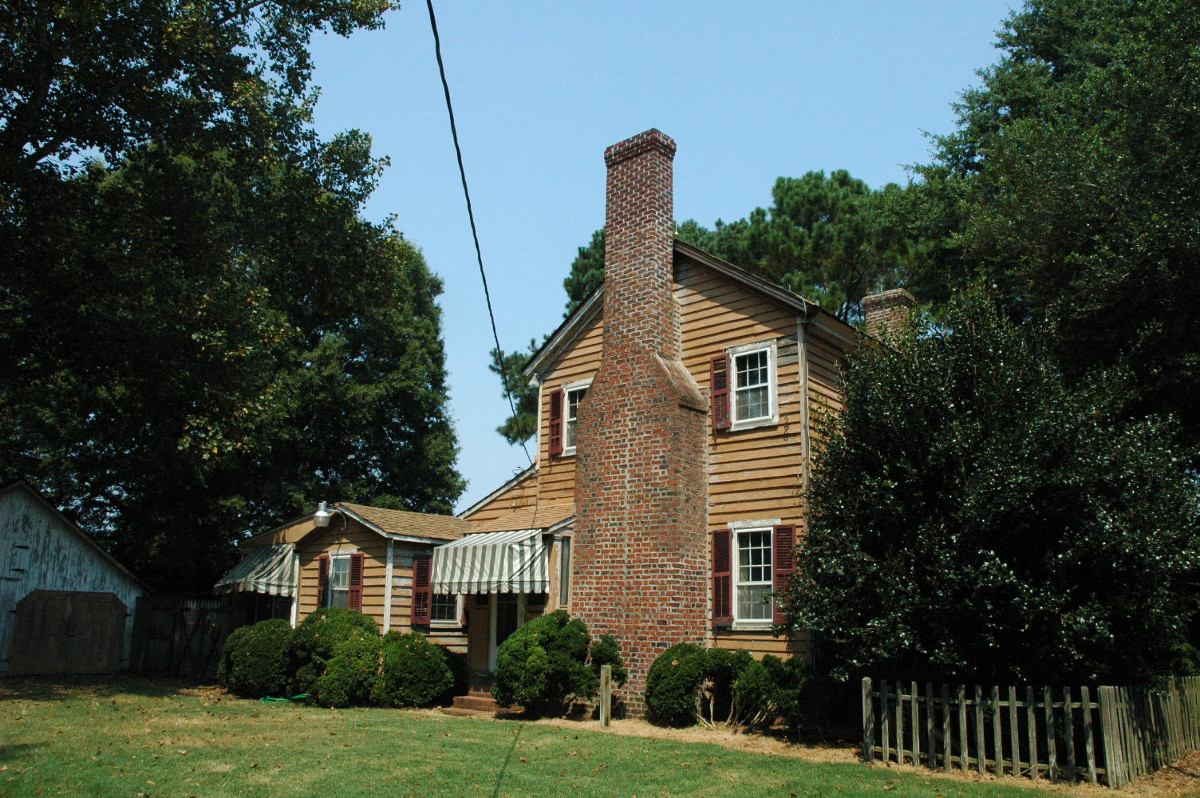 Woodhouse House was erected circa 1810 in Princess Anne County, now known as the city of Virginia Beach. The dwelling, one of the few remaining buildings of this general form in Virginia Beach, was built in an area of the former county, south of its courthouse, which typically saw a more primitive development of domestic architecture due to the topography of the land and the high water table. The northern half of the county was developed in the 17th century, and a higher style of architecture consistent with overall developmental styles of the period evolved there. Woodhouse House, of a higher style than many of its geographical counterparts in southern Princess Anne County, exemplifies the transition of architecture from Colonial to the Federal style. The property was bought by Captain Thomas Woodhouse in 1811, and it remained in the Woodhouse family until 1849 when it passed to Andrew Simmons, who used it as a spur for amassing a relatively large landholding. The property also contains an early-20th-century kitchen and smokehouse as well as the Woodhouse and Simmons family cemeteries.