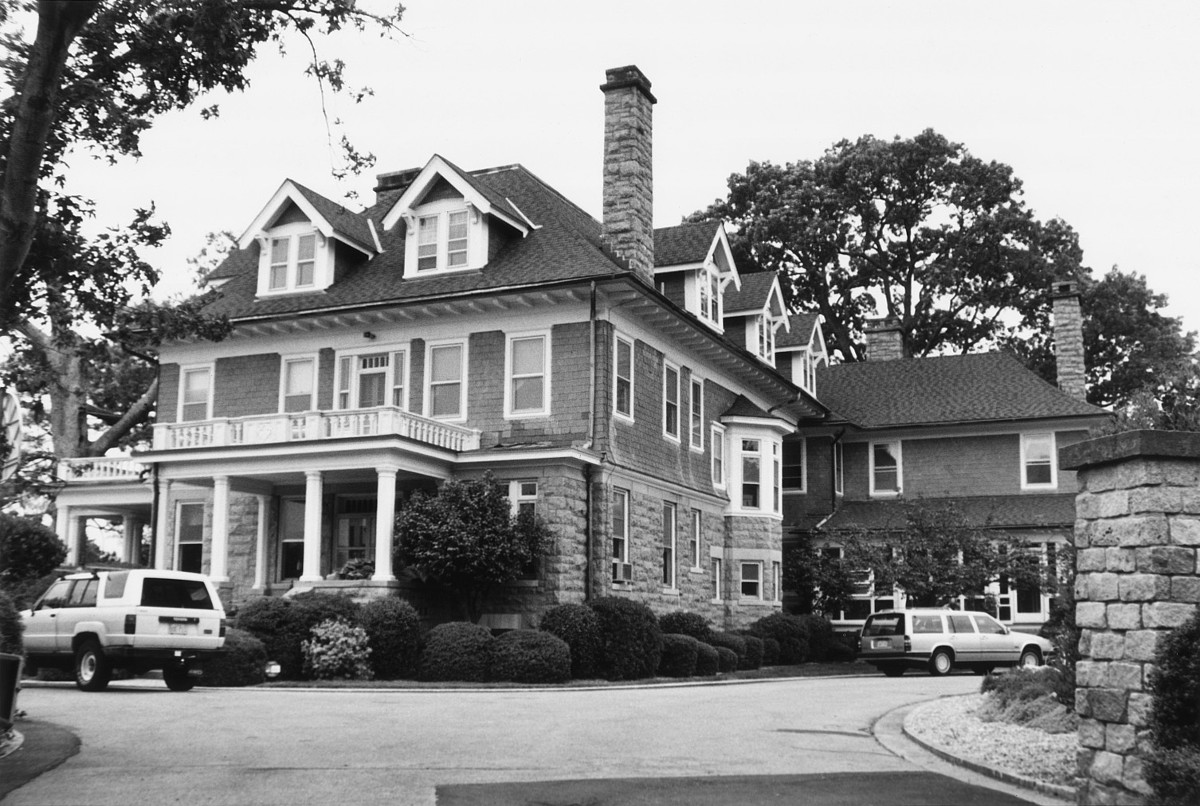 Influenced by the 19th-century Scottish Baronial style, this arresting architectural pile, complete with crenelated tower, was the creation of Dr. John Miller-Masury, heir to the Masury Paint fortune. The house was finished in 1908 and was originally the centerpiece of a well-appointed estate called Lakeside, equipped with an electric power plant, gardens, orchard, and stables. The architect, Arnold Eberhard of Norfolk, and the interior decorator, E. G. Potter & Co. of New York, produced what was acknowledged at the time to be the largest and finest residence in southeastern Virginia. From 1936 to 1939 the estate housed the Crystal Club, a gambling casino and night club for which the interior was altered to create a ballroom. Later renamed Greystone Manor, most of the estate has since been developed but the house remains an imposing vestige of Gilded Age hubris.