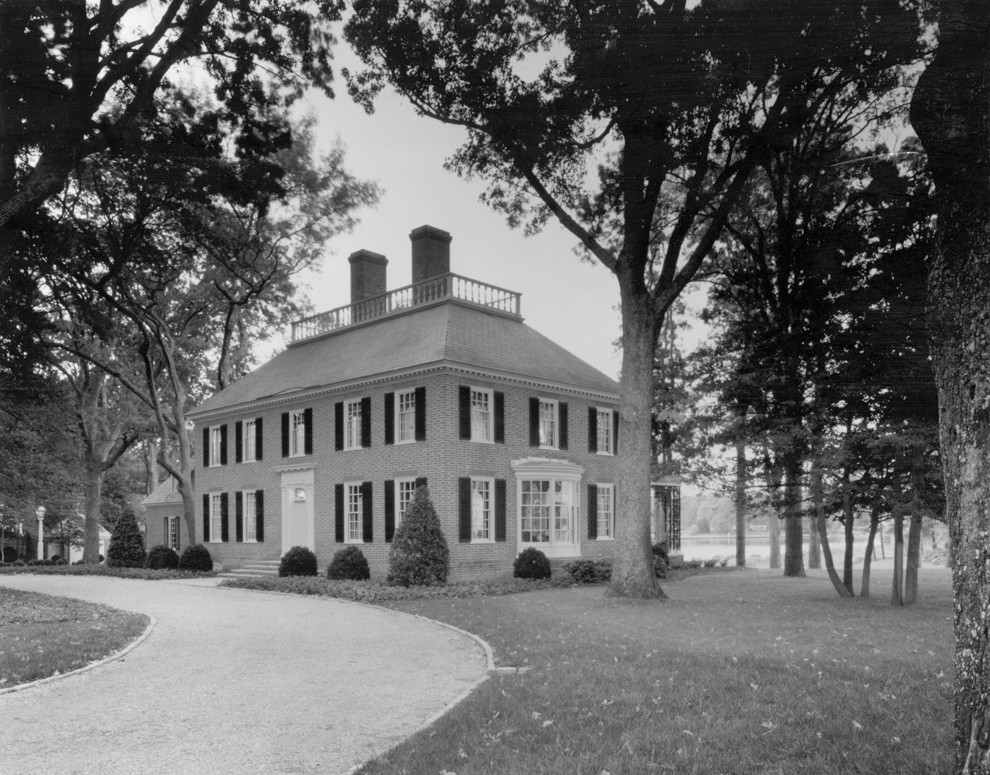 Shirley Hall was built in 1940 by William Graves Perry of the Boston firm of Perry, Shaw and Hepburn for the Devereaux family. The Georgian Revival house is laid in Flemish-bond brickwork with random glazed headers and rubbed jack arches over the windows. A balustraded widow’s walk tops the slate hipped roof. The interior stair and flooring are salvaged from earlier dwellings. Perry became immersed in southern Colonial architecture while working on the restoration of Colonial Williamsburg. He then brought his extensive knowledge of that architectural vocabulary to bear on Shirley Hall, his only residential commission in Virginia or the South, and the only house he designed after working in Williamsburg. Shirley Hall is a remarkable example of Perry’s style. He influenced a generation of architects in Virginia and the nation.