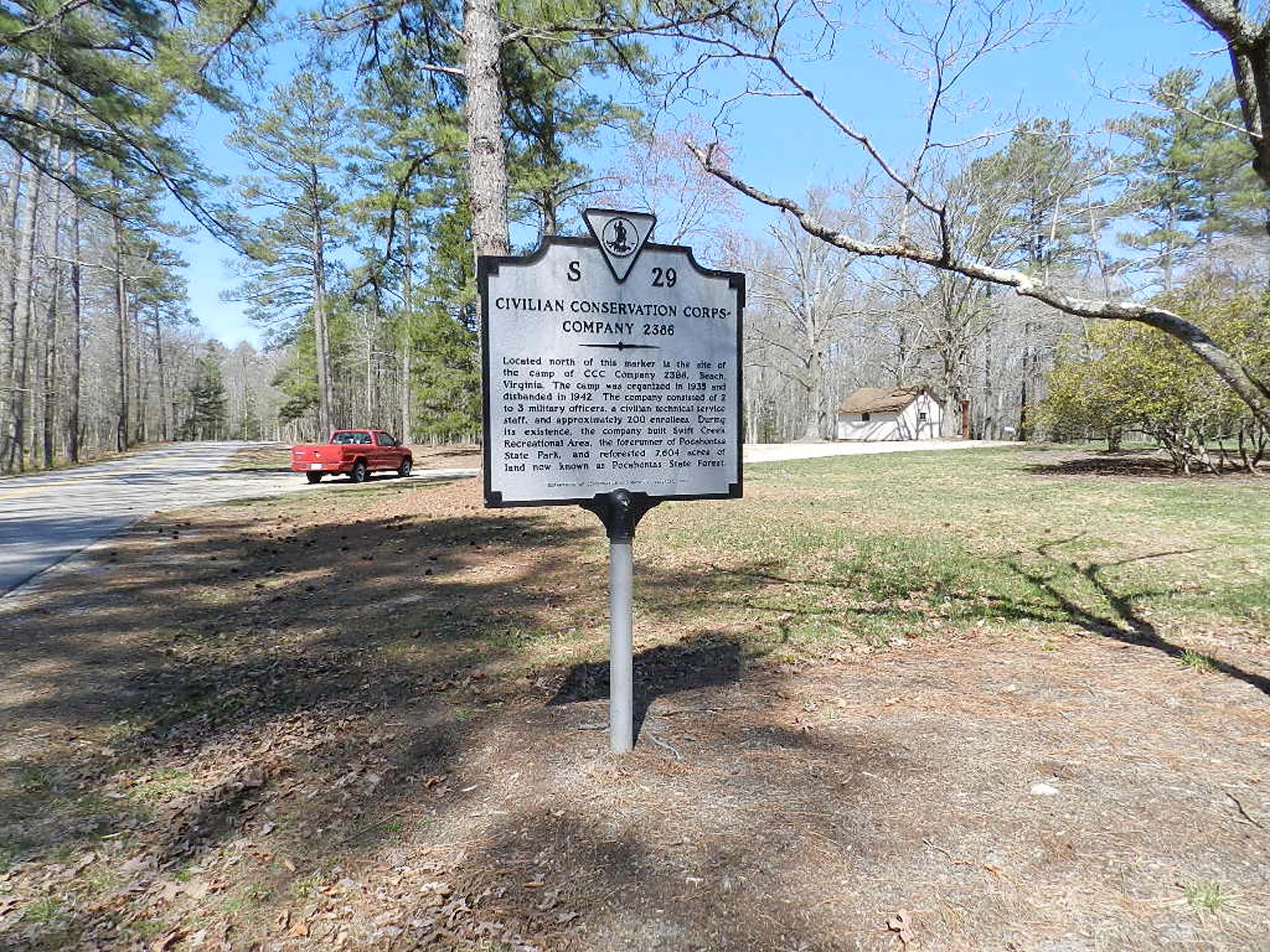 This Multiple Property Documentation (MPD) Form facilitates the nomination to the registers of Virginia State Parks Built by New Deal Programs, including the Civilian Conservation Corps (CCC) and the Works Progress Administration (WPA). A part of President Franklin D. Roosevelt’s New Deal, the Emergency Conservation Work Act eventually provided the resources needed to create the Virginia state parks through the CCC and WPA. In 1934, the NPS Branch of Planning and State Cooperation Region One office relocated to Richmond. This move provided the opportunity for NPS and Virginia state park officials, also based in Richmond, to work together. Frederick Fay, a landscape architect in the Region One office, worked closely with Robin Burson, the landscape engineer most responsible for the development of the Virginia state parks.