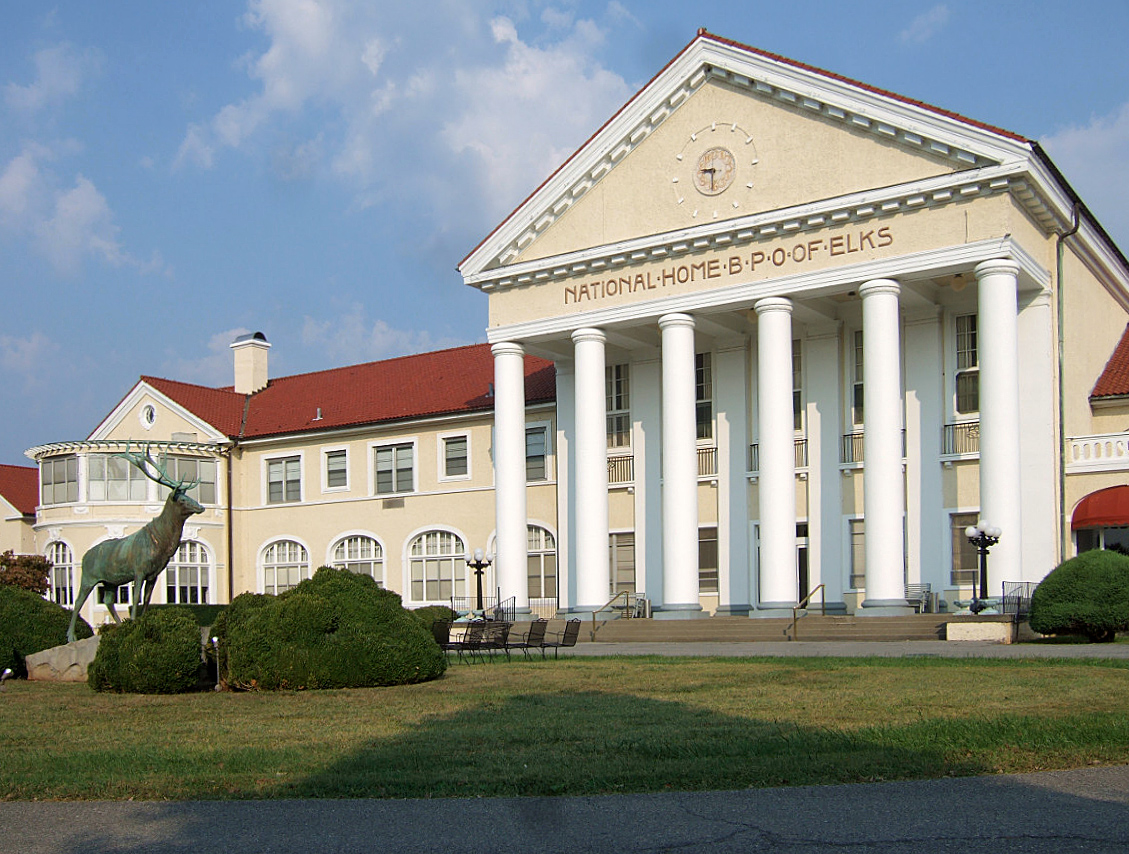 Since its inception in 1903, the Elks National Home, in Bedford, has figured as one of the main institutions of the Benevolent and Protective Order of Elks, today the largest fraternal organization in the nation. Initially the Elks Home occupied the Hotel Bedford, an 1890 building located on a picturesque site in town. In 1914-16, the hotel was re-purposed to provide an up-to-date retirement facility for elderly and indigent Elks. The Administration Building and flanking cottages, which are linked by a continuous arcade over 800 feet in length, were designed by the Chicago firm of Ottenheimer, Stern, and Reichert. More cottages, a theater, and a power house were erected in the 1920s and 1930s, and a farm with a large dairy barn was developed to raise food for the residents. Throughout the interior of the Administration Building are murals painted by former resident and circus artist Tom Sidonia. The Elks National Home continues to function as a retirement community for Elks, including, since 1999, female Elks members.