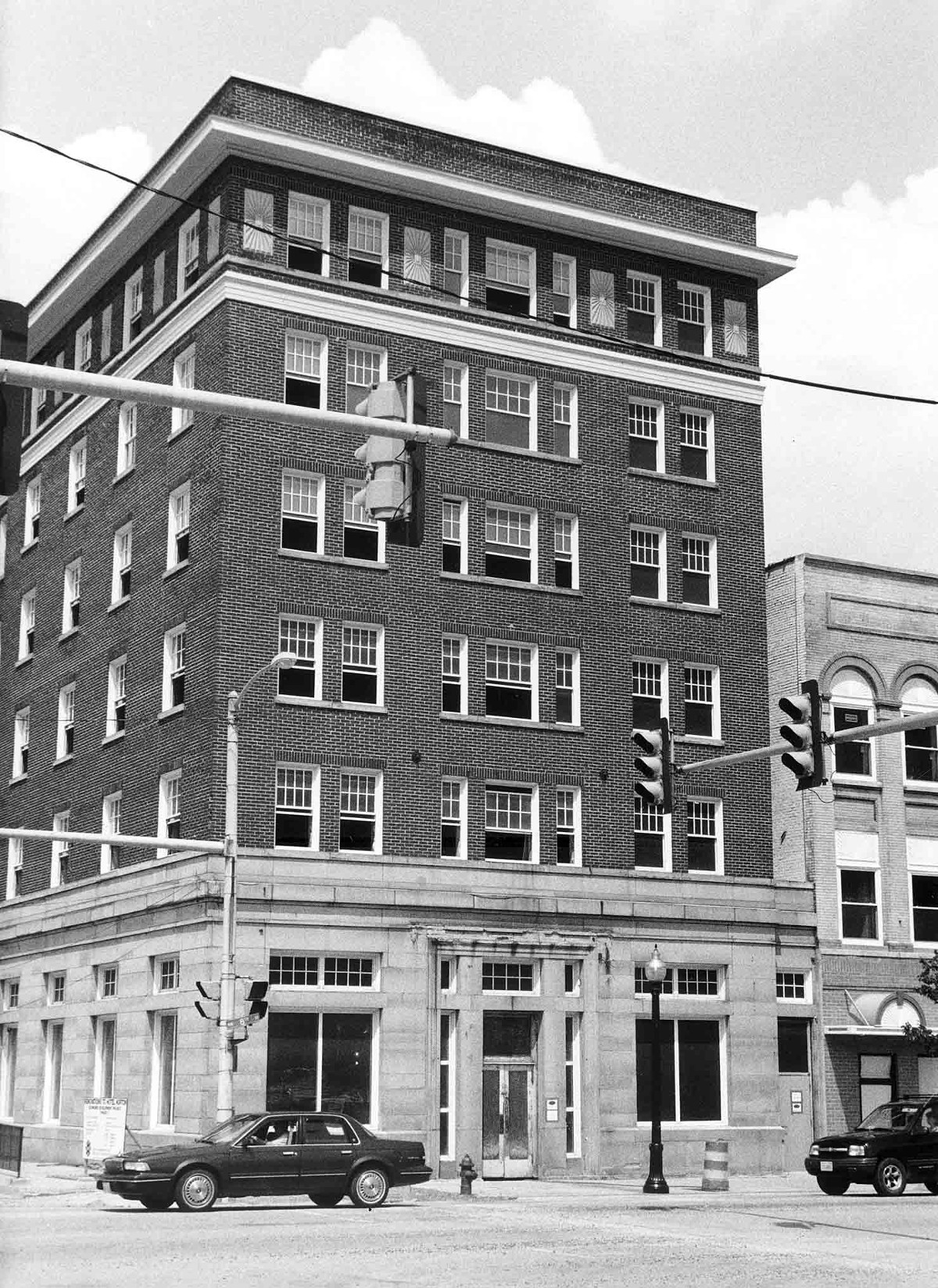 Hotel Norton, a 45,000-square-foot, six-story brick and stone building at the center of downtown Norton, was built in 1921 by noted Bristol architect Thomas Seabrook Brown. The design incorporates the popular Colonial Revival style of the time, with a tripartite scheme that differentiates the base, mid-section, and top of the building, to reflect the base, shaft, and capital of a classical column. The classical inspiration was part of a widespread trend in 1920s hotel design that attempted to bring a cosmopolitan atmosphere to cities large and small. It also reflected the desire of the Norton citizen-investors to promote the city’s status. The hotel is one of the few remaining historic buildings in the civic and commercial center of downtown Norton.