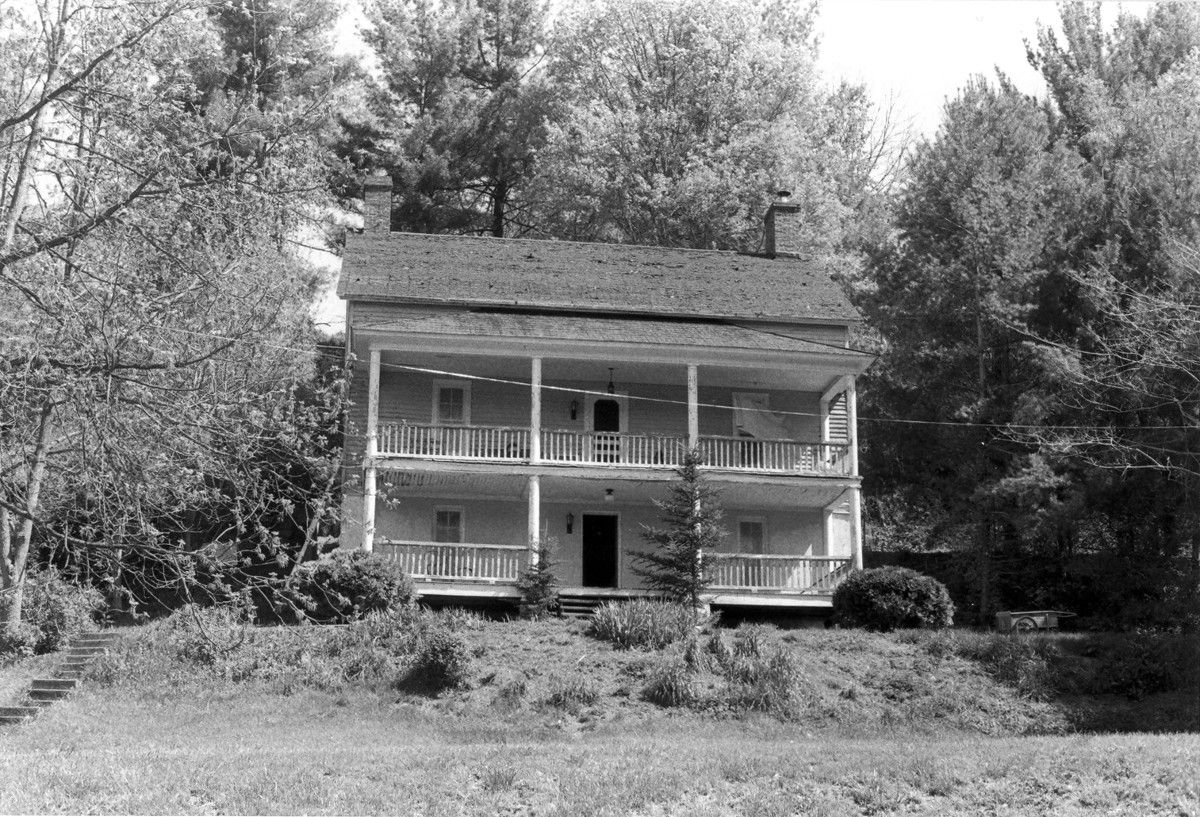 Two large, Colonial Revival-style houses built about 1905 for mill workers in the town of Fries, in Grayson County, are an important reminder of the town’s industrial past. The Washington Mills Company built the Fries Boarding Houses on a prominent position overlooking the New River as part of their plan for a self-sufficient town to support their woolen mills business, which closed in 1988. In addition to the boarding houses, the early 20th-century town plan included a train depot, commercial area, one-story housing for 300 workers, and larger management houses, as well as provisions for water and sewer service. In 1910, a social center was added. The location of a textile mill in the county is unusual, as most such mills were located in the Piedmont region, but it was part of a larger thriving industrial economy. The Fries mill was the county’s only large industrial mill in 1911, and its operation attracted other professionals to the town such as attorneys and physicians. The succession of operators and boarders at the houses reflects the changing and mobile population during the mill town’s period of growth.