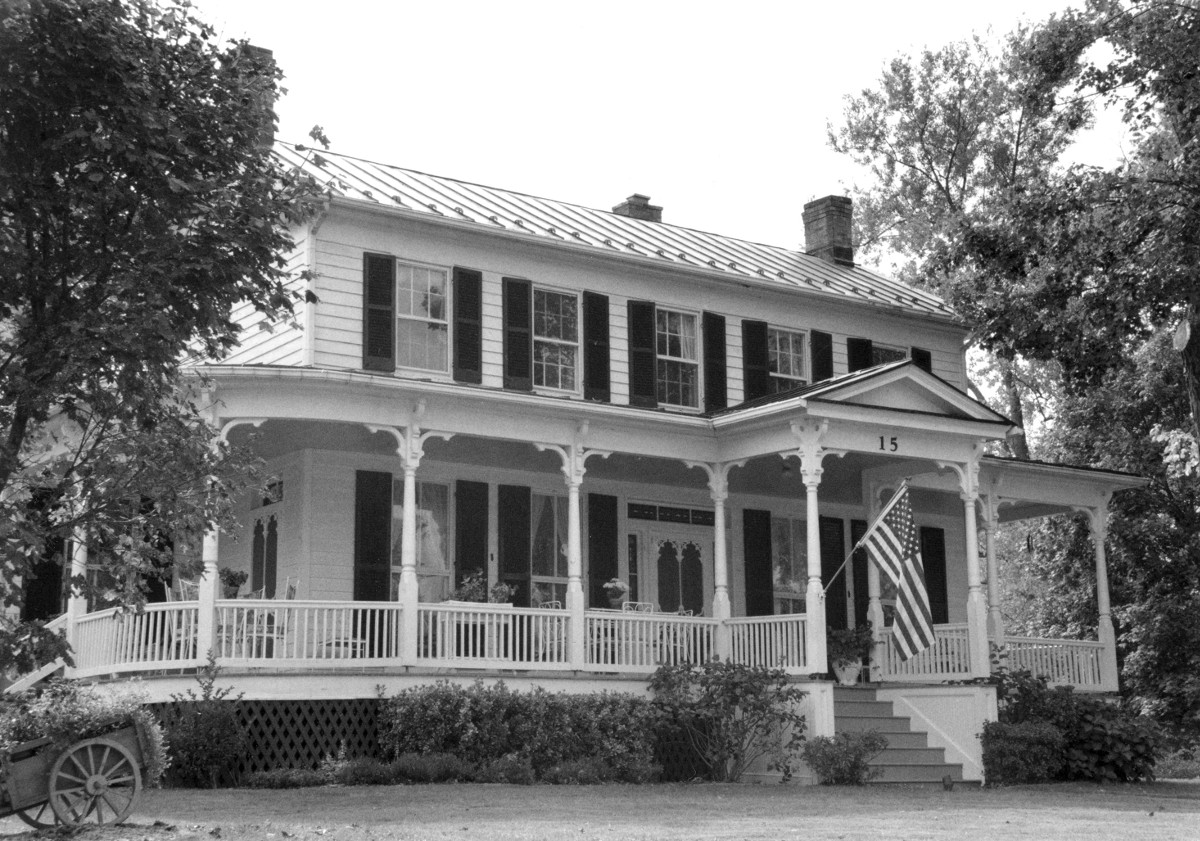 Janney Hill is situated on a knoll at the corner of West Colonial Highway and South Rogers Street in downtown Hamilton. Constructed by 1876 by the Janney family, the house may have served as a boarding house for Washingtonians eager to escape summers in the capital. The five-bay I-house is notable for a one-story wraparound porch, the largest of the house’s four porches, which extends along the north elevation and the first bay of the west elevation. The interior spaces reflect a social hierarchy in the level of trim detail, with the entry hall and east parlor exhibiting the highest standard of adornment. The westparlor’s detailing is slightly more subdued as is the trim in the dining room, while the first-floor service areas have little more than plain board trim. On the second level, the bedrooms in the front of the house are more detailed than those elsewhere.