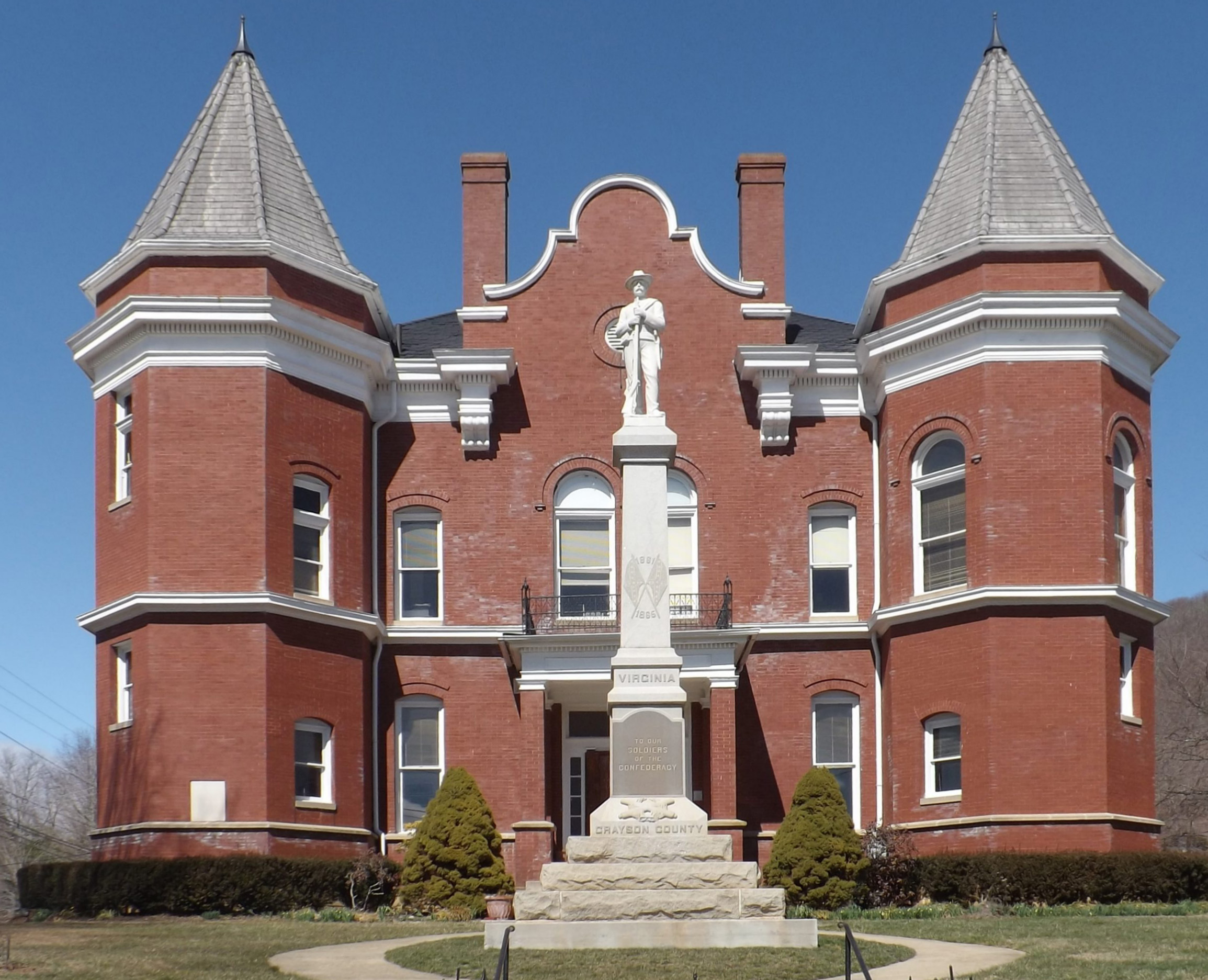 The center of the Grayson County seat town of Independence is dominated by the architecturally fanciful former courthouse, an eclectic structure set off by its pointed corner towers and curvilinear gables. Its architect, Frank. P. Milburn of Washington, D.C., designed some half-dozen courthouses in Southwest Virginia as well as courthouses in West Virginia and Kentucky. The building was completed in 1908 during the brief boom that allowed many mountain counties to erect impressive new court structures, works that served as local status symbols. The courthouse, one of several to have served the county, was threatened with demolition in the early 1980s when a new structure was built. A preservation effort resulted in its acquisition in 1983 by the 1908 Courthouse Foundation which has undertaken a long-term rehabilitation. The building is now used for special functions.