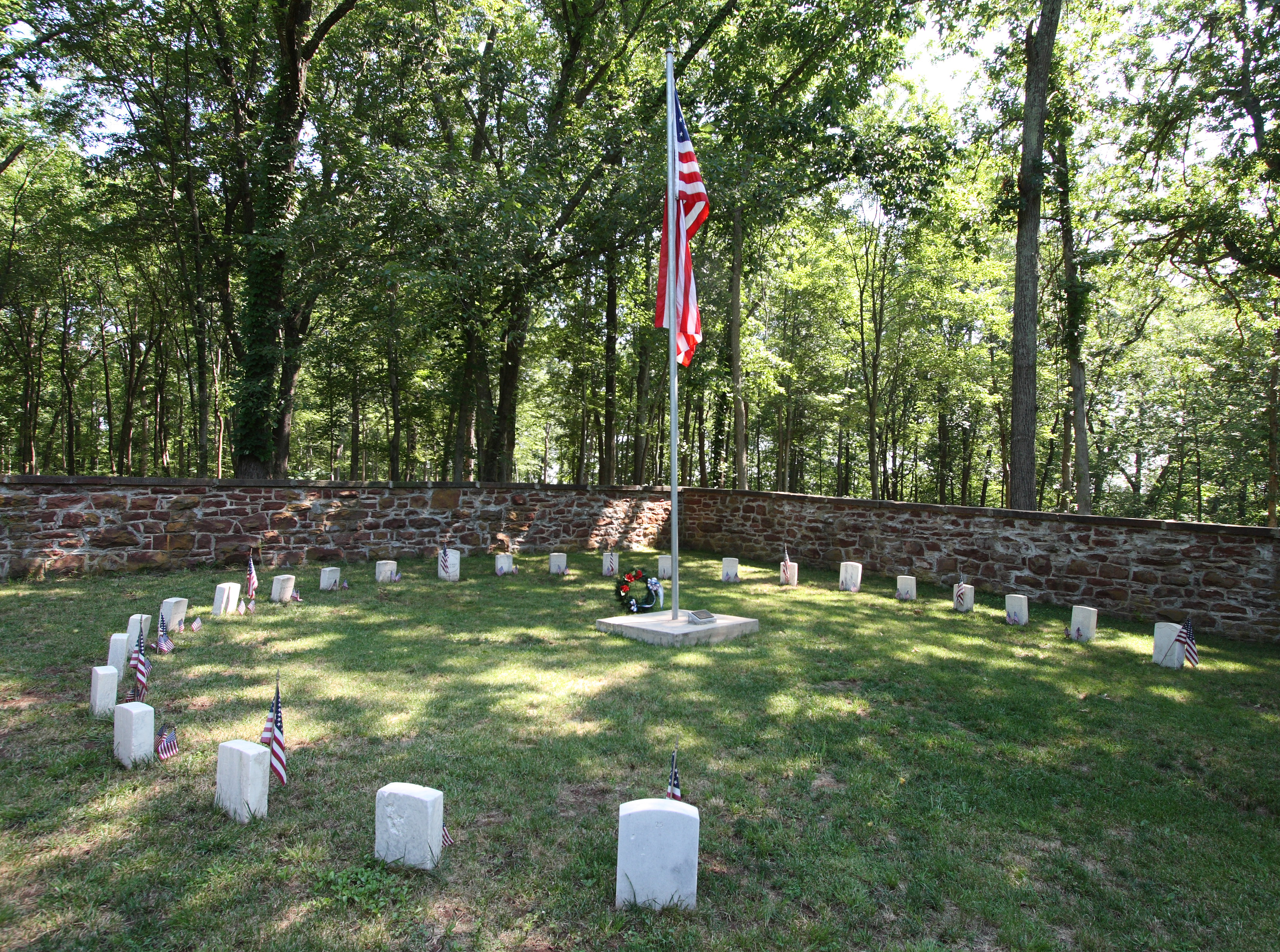 Ball’s Bluff Battlefield and National Cemetery, located near Leesburg in the Catoctin Rural Historic District, are poignant reminders of a disastrous Union defeat in the first year of the Civil War. On October 21, 1861, a Union force commanded by Col. Edward D. Baker, a senator from Oregon and a friend of President Lincoln, crossed the Potomac River and scaled Ball’s Bluff on the Virginia shore, determined to capture Leesburg. Quickly surrounded by Confederates, Baker was killed and his men stampeded over the bluff. Many drowned, and their bodies washed ashore downstream in Washington. Two months later, Congress established its Joint Committee on the Conduct of the War to investigate the defeat. The Ball’s Bluff National Cemetery, the nation’s smallest military cemetery, was established in December 1865 as the burial place of fifty-four Union casualties of the battle.