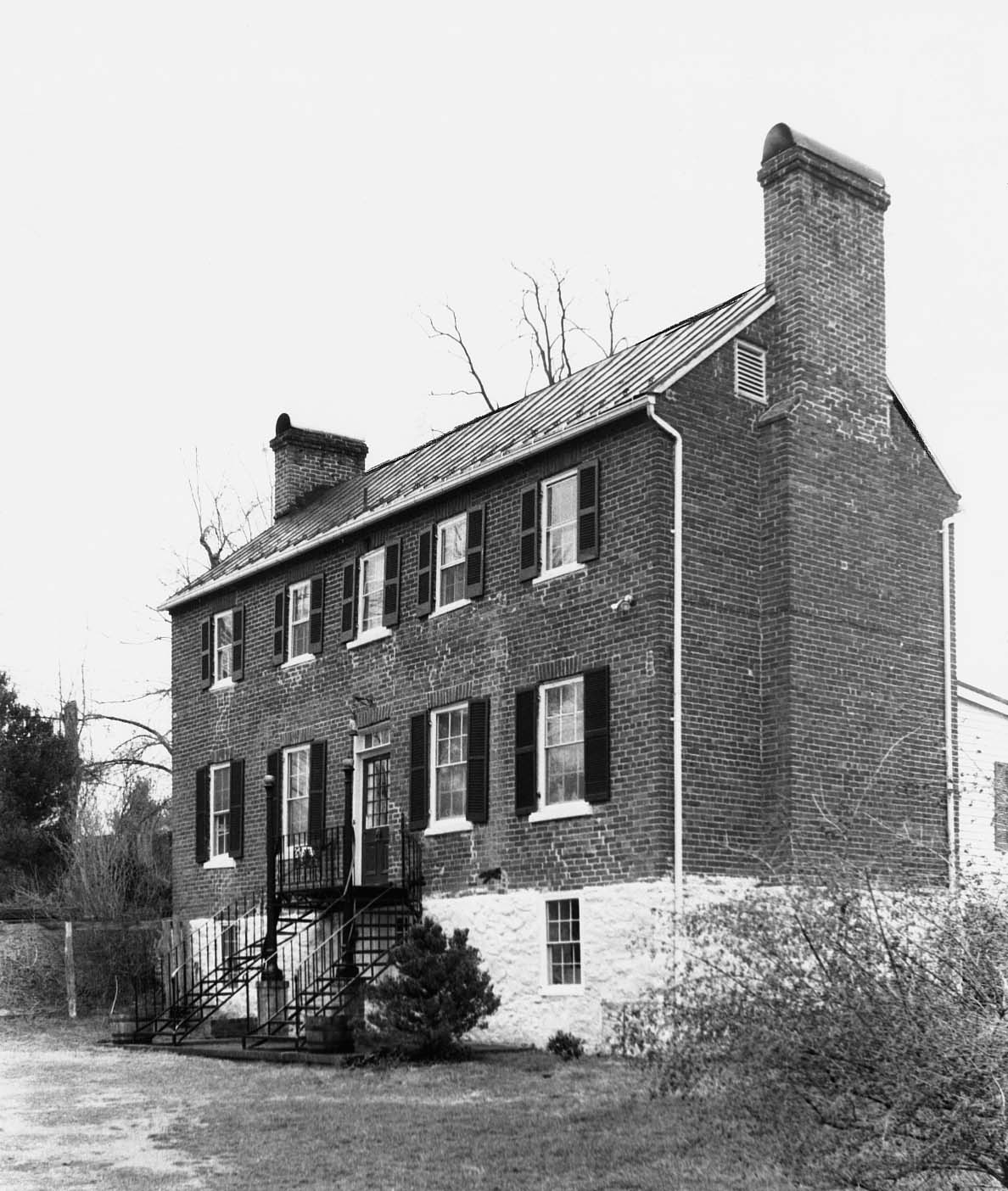 Situated at the western edge of Middleburg, on land originally owned by Leven Powell, founder of Middleburg, Much Haddam is a classic example of Northern Virginia’s early 19th-century gentry vernacular architecture. With its five-bay facade and two-stories over a high basement, the house was a type favored by many of the region’s more prosperous farmers. It probably was erected in 1820 by Richard Cochran adjacent to his own home, Capitol Hill. Much of the original simple Federal woodwork is preserved within, including a delicate Federal stair. The house originally had a log section behind the rear ell. Long missing, this was replaced with an early log structure found in the countryside. On the grounds is a rare, two story kitchen outbuilding, one of the state’s few examples with a square plan. Embellishing the hillside site is a storybook, old-fashioned garden.