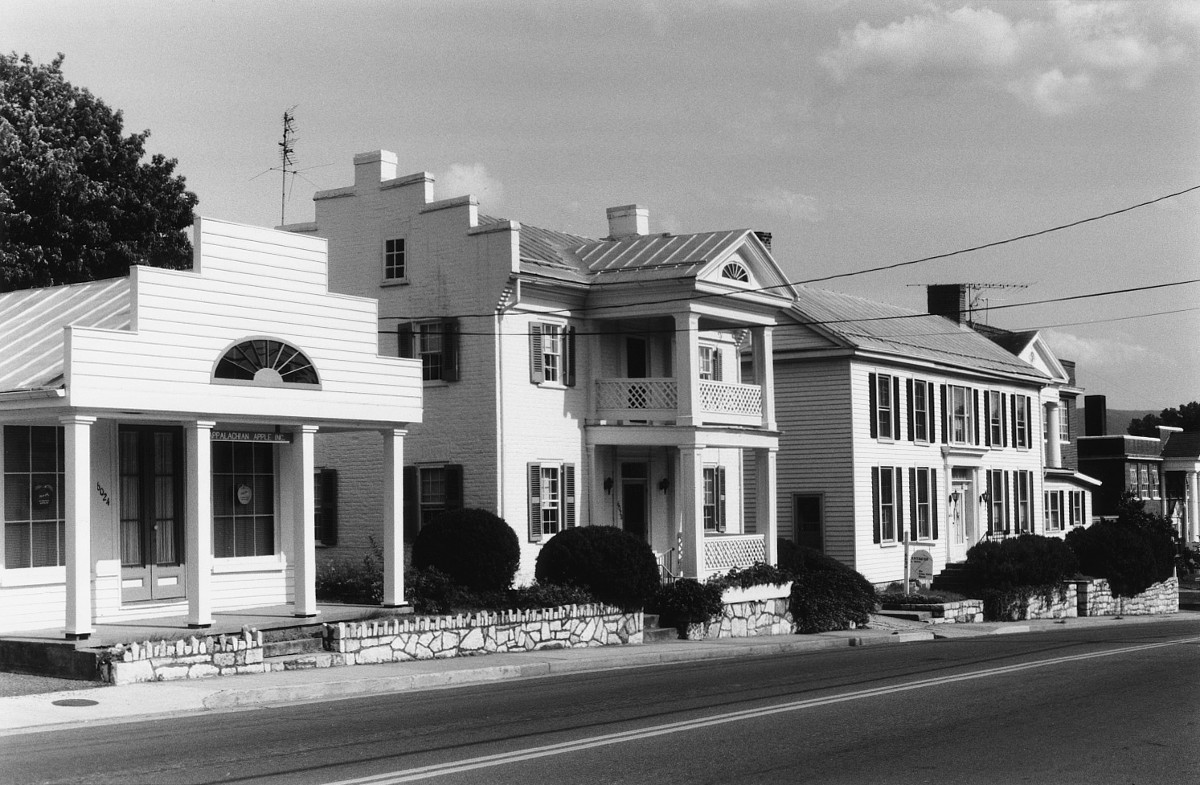 Originally known as Mount Pleasant, Mount Jackson was established in 1826 and later named for Andrew Jackson. The community prospered as a commercial, milling and transportation center, primarily because of the routing of the Valley Turnpike through town in the 1830s and the arrival of the Manassas Gap Railroad in 1859. Surviving from the earliest period are several log houses, a scattering of Federal-period dwellings, and the ca. 1825 Union Church. The Union Church was one of the town’s several buildings to have served as a Confederate hospital; the names of presumably convalescent soldiers and their companies survive on the interior walls. The oldest dwelling on Main Street is probably the log Stoneburner house. Most of the buildings, however, date after the Civil War. Noteworthy among the latter are an 1872 frame mill, three Victorian Gothic brick churches, and several turn-of-the century residences.