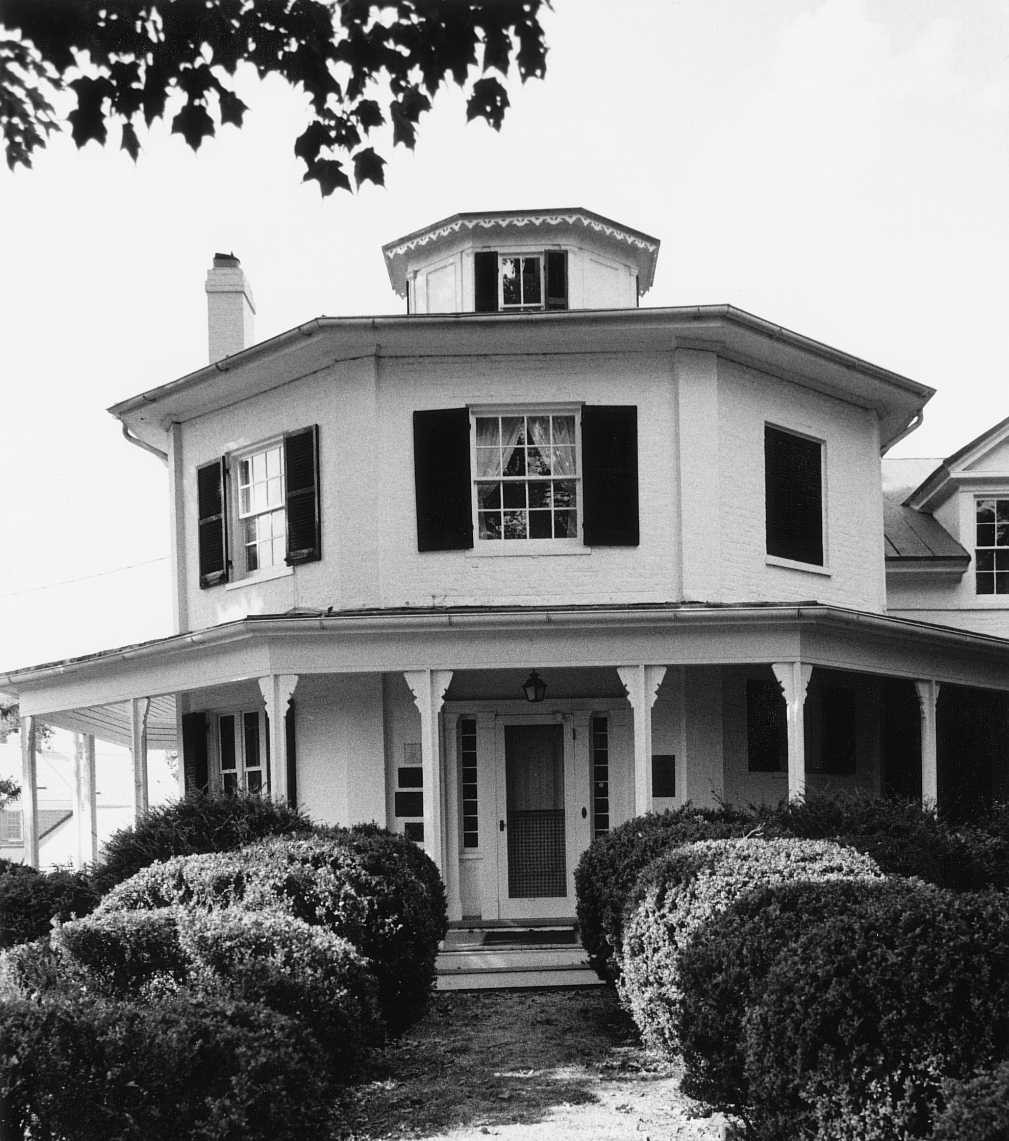 Fairfax Parish’s original glebe house was built in 1773 on land purchased by the parish in 1770. One of its occupants was David Griffith, George Washington’s chaplain at Valley Forge. The house burned 1808, and in 1815 Wallis Jones built the wing of the present house, possibly using the glebe house bricks. From 1836 to 1846 the Glebe was owned by John Peter Van Ness, a former mayor of Washington. The next owner was the sculptor Clark Mills, best known for his equestrian statue of Andrew Jackson in Washington’s Lafayette Park. Mills erected the octagonal section in the 1850s for his studio, one of Virginia’s best examples of the eight-sided buildings advocated by theorist Orson Squire Fowler. From 1870 to 1878 the Glebe was the residence of the diplomat and statesman Caleb Cushing. In 1926 the Glebe became the home of state senator Frank Ball. The property is now the headquarters of the National Genealogical Society.