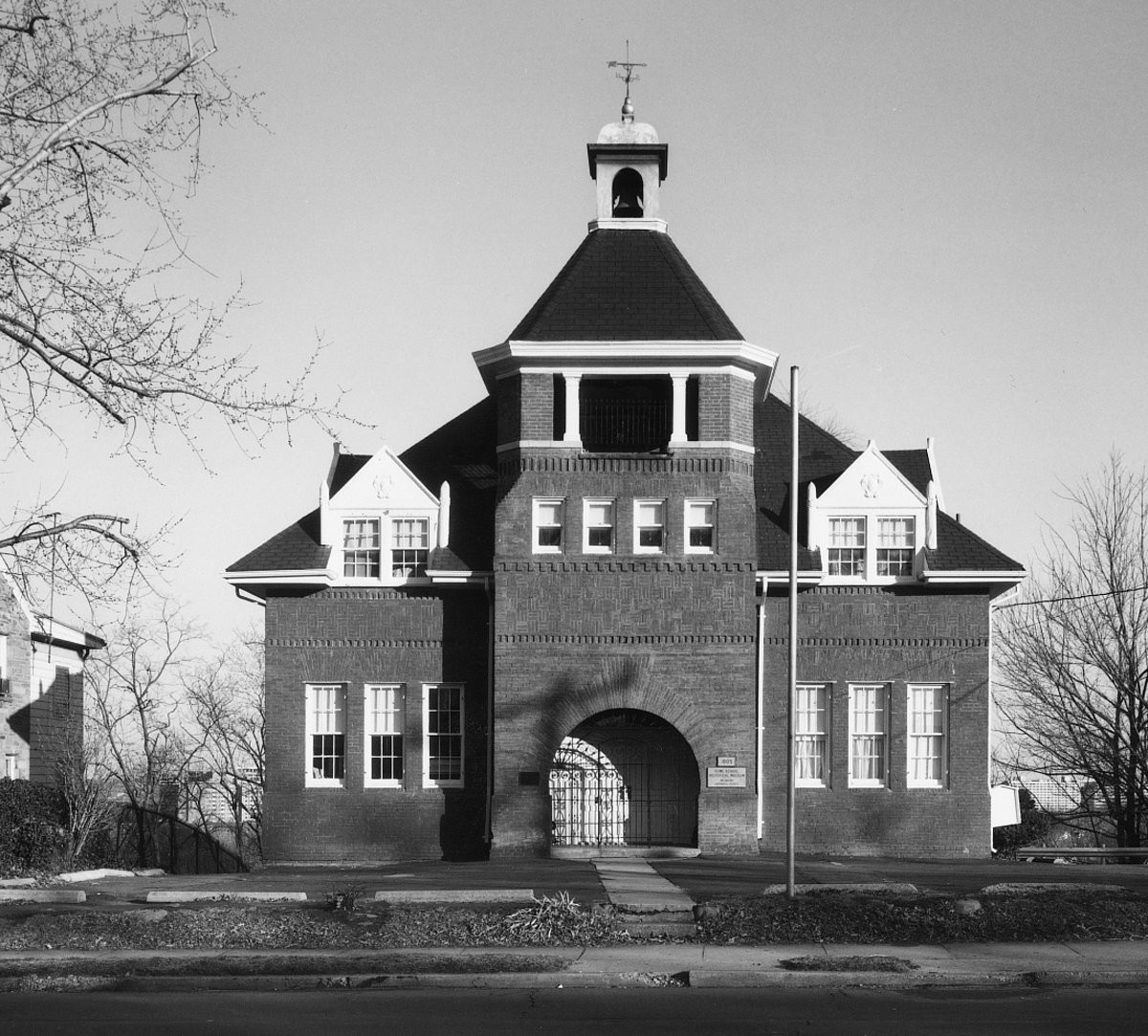 This Queen Anne-style building was designed by Washington architect B. Stanley Simmons and built in 1891. Prompted by reforms in education and heightened by municipal support for more sophisticated, often monumental structures, local governments gradually replaced the small wooden schoolhouses of the 19th century with commodious and frequently stylish structures, of which the Hume School is a particularly fine example. Its sophisticated detailing and distinctive tower have made it a landmark since it first opened. The school was named for Frank Hume, an early civic and educational leader in Arlington County. Although it closed in 1956, public regard for the school, the oldest standing school building in Arlington County, prompted its being deeded to the Arlington Historical Society for use as a museum of local history.