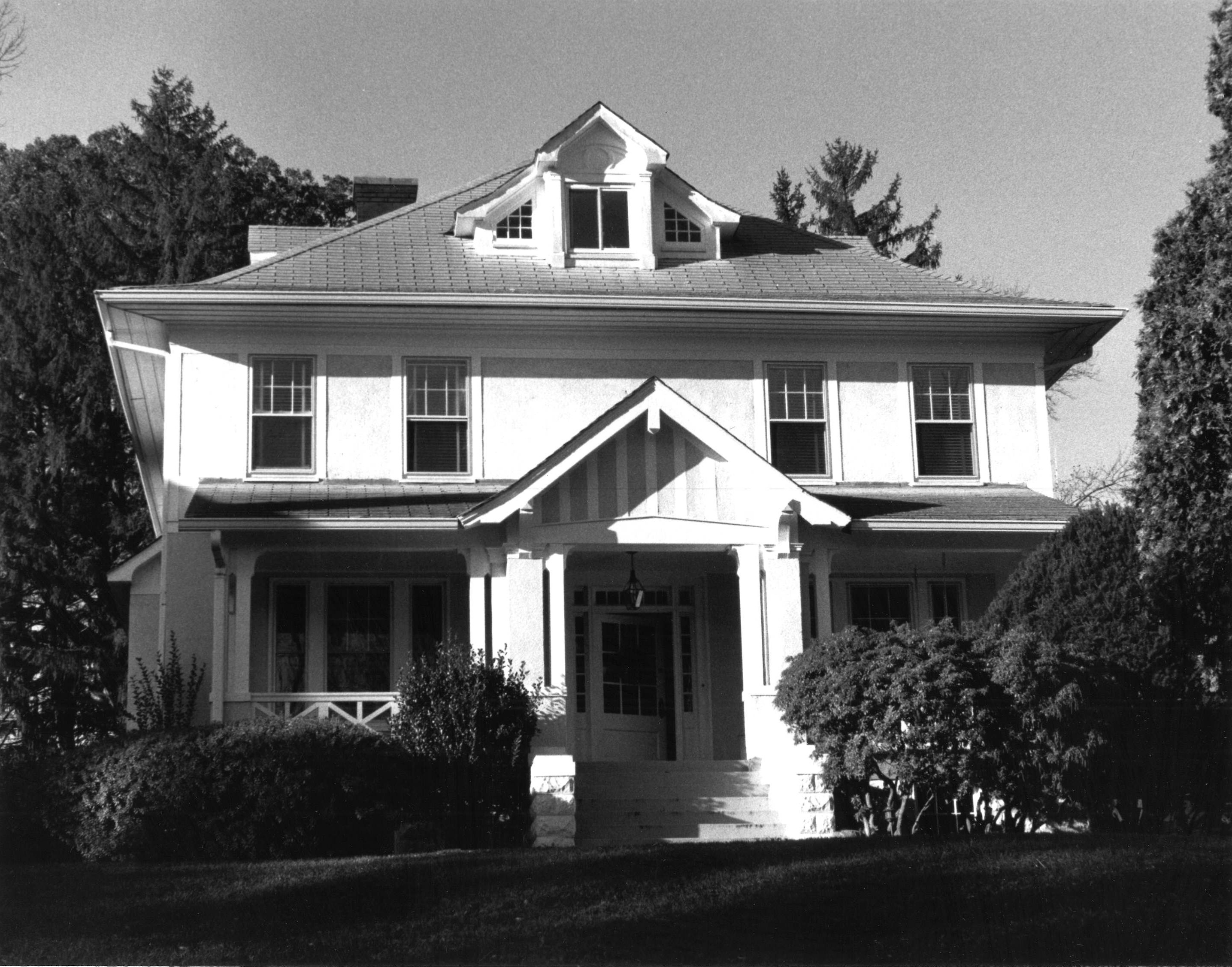 The Saegmuller House is a rare example of a residence influenced by the Prairie Style that was likely built sometime between 1925 and 1927 for John Saegmuller. One of Arlington’s most prominent families, the Saegmullers owned approximately 240 acres of land in the northwestern part of the county and operated one of Arlington’s most successful dairy farms between 1926 and 1939 at Reserve Hill Farm adjacent to the Saegmuller House. The house is one of the most stylish early 20th-century dwellings in the county, yet still illustrates the practical simplicity of rural architecture. It is a two-and-one-half-story, stuccoed dwelling with a central-hall plan and a pyramidal roof. Resting upon a continuous rusticated concrete-block foundation, the house is covered in stucco and decorated with half-timbering, simple trim, and a belt course. The residence features a front porch with large piers, paired columns, and a prominent central gable, geometric ornamentation on the upper-story, cross-gable dormers on each roof slope, and deep overhanging eaves. The interior retains its original floor plan and a high degree of historic and architectural integrity.