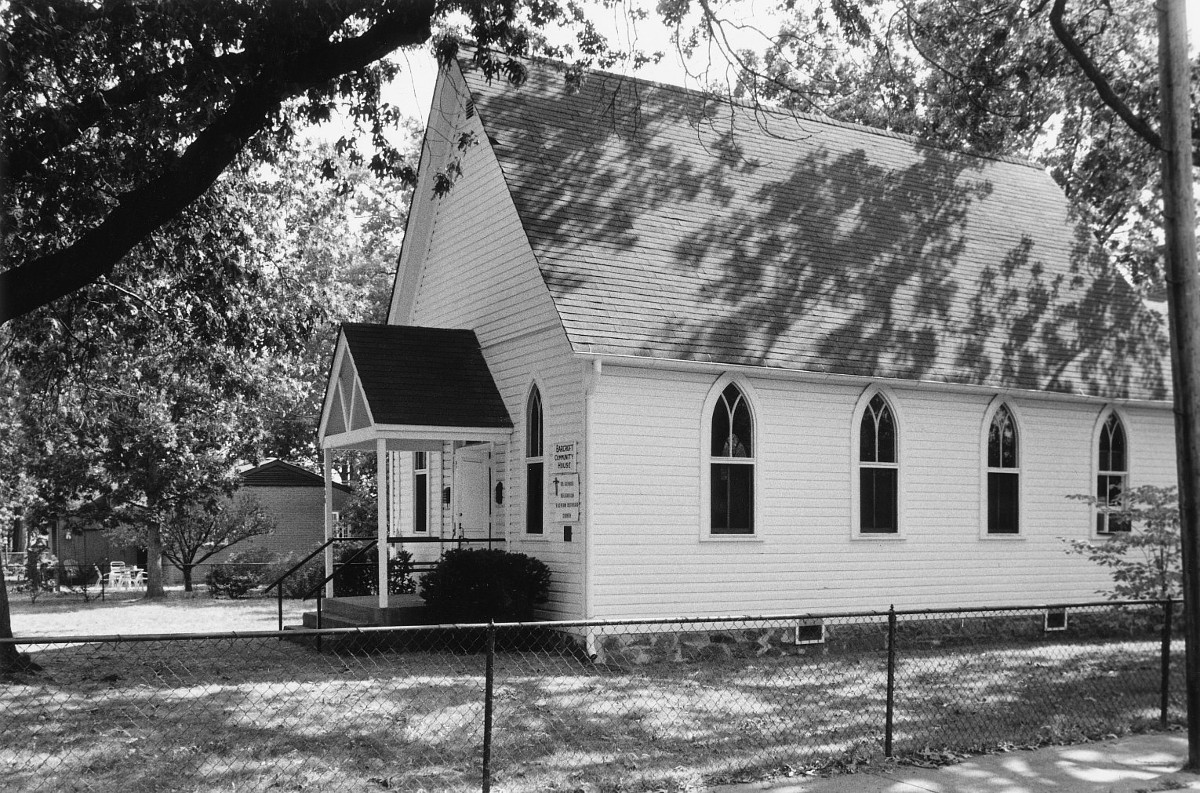 The development of the Barcroft neighborhood in Arlington County began around 1892 following the subdivision of the Frank Corbett farm. More intense growth came a few years later when the area was advertised as a commuter town with “fresh country air.” The need for a neighborhood civic gathering place was soon felt and in 1908 the Methodist Church erected a small wood-frame structure to serve as a church and community building. Barcroft simultaneously recognized a need for more educational facilities so the school board leased the building for $10. Regular classes were held here until 1924. In 1914, the building became the headquarters of the Barcroft School and Civic League. It later became known officially as the Barcroft Community House and was used for church services by various denominations. This neighborhood landmark is still owned and maintained for public benefit by the Barcroft School and Civic League.